Sports diplomacy overlooked in bid to strengthen ties in Asia 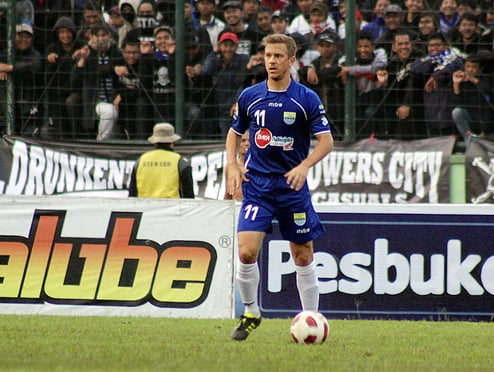 In pre-Covid-19 days, the favourite pastime for many of the 23,000 Australians holidaying in Bali during any week, was to sit at a sports bar, sip a Bintang beer and watch AFL footy. This was thanks to what is now known as ABCAustralia, a mere shadow of the once powerful ABC international network spanning 37 countries.

Each week ABCAustralia TV broadcasts up to 12 hours of AFL football to the delight of AFL footy-lovers, and in line with the (misguided) ABC objectives of “…providing content for Australians living (or visiting) abroad”. Good news for Aussies, but how many locals are attracted to watching the AFL? Almost none. Yet there is no lack of passion for football with some 52 million Indonesians regularly watching another brand of football on TV: Soccer. 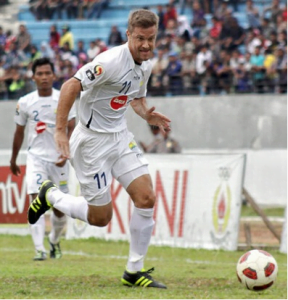 In soccer-crazy Indonesia, with 12 million people attending games throughout the vast archipelago every week, crowds of 70,000 to watch a local derby match are common, along with security forces deployed to maintain peace amongst the passionate supporters. So great is the fixation with soccer, one senior official once said, “If you control football in Indonesia, you are half-way to controlling all of Indonesia”.

Australia doesn’t wish to ‘control’ Indonesia, but our prime minister and premier are quick to point-out how important Indonesia is to Australia and how we must build closer relations with our giant neighbour and its 270 million people. With the recent Lowy Institute Poll showing 64 percent of Australians – including business people – feeling levels of distrust towards Indonesia and Indonesians, the challenge to bridge the gap is high.

Meanwhile, our national broadcaster has decided that not one game of Australian soccer should be beamed into this enormous Asian market, and in not doing so, have lost the opportunity to introduce Indonesians to names like the Socceroos or the Matildas. And with the emergence of women’s soccer in Indonesia, Sam Kerr should become a sensation, and in doing so, help bring our two nations together.

Here is WA, it would surprise many that we have our own Aussie soccer players who are idols in Indonesia; but we just don’t use them to promote our state or country to the Indonesian people. Robbie Gaspar is a respected soccer identity here in Perth, but fly to Indonesia with Robbie and you will need security guards to stop the crush as this quietly spoken Aussie is mobbed. Along with other Perth players, including Jamie Coyne and Steve Hesketh, Gaspar played in the national soccer league for seven years, and with over 100,000 Indonesian Twitter followers, has more contacts and insights into the lives of everyday Indonesians than most diplomats or business people in Australia.

Aryn Williams is another Australian who currently plays in Indonesia, and like his friend, is now a household name throughout Indonesia, making them both enormous ambassadors for Australia; if we ask them. Gaspar’s friend Mark Lee is involved in junior soccer in Perth. Called Soccer Super Heroes, the program offers opportunities for children from 3-7 to learn and play soccer indoors whilst learning ball-handling and social skills. The program is highly suitable for ‘export’ to Indonesia where children’s sport is a rarity, but opportunity exists to have business people rubbing shoulders with each other as they watch their kids and grandchildren play sport.

Soccer is not the only sport that is booming in Indonesia though. Last year 130 ‘Mamils’ (Middle-Aged Men in Lycra) flew to Perth, along with their bikes, for a four-day holiday to cycle around the Swan River. Lead by numerous high-powered business people, including the CEO of Garuda Airlines, their goal was to ride whilst breathing fresh air – a rare event in smog-filled Jakarta – and enjoy quality bike paths, small cafes and views over our magnificent and clean river. Sadly, our Tourism Commission has failed to follow-up this huge opportunity.

With the recent signing of the IA-CEPA Trade Agreement between Australia and Indonesia, Australia has made much about its desire to increase and diversify business and trade investment in a part of the World where getting to know a prospective business partner is critical.  Sport offers the opportunity for business to build long and close relationships, and for governments to develop effective ‘soft diplomacy’ throughout the region.

At present we seem to have overlooked the value of targeted sport as a highly valuable entry into the hearts and minds of our future trading and business partners.

Ross B. Taylor AM is the president of the Indonesia Institute Inc.