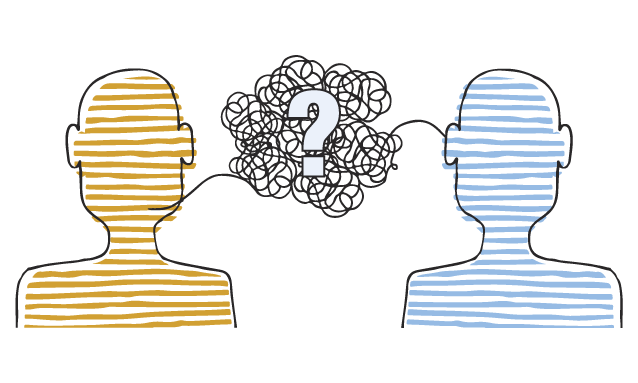 For the past decade, the Indonesian government has stepped up efforts to mandate the use of the Indonesian language in all aspects of life. These regulations reach beyond the traditional role of language in culture and education, and encroach into the business space. This regulatory saga, unique to Indonesia, involves multimillion-dollar lawsuits and repeated attempts to manage foreign workers and businesses language.

The effort began with Law No. 24/2009 that seeks to protect the sanctity of the national flag, language, emblem, and anthem by regulating their reproduction and use. Beyond its common application in state communications and education, Article 26 of this law also states that the Indonesian language must be used in all agreements involving Indonesian organisations and individuals.

While no sanctions are specified for not complying, this law created risks. Two court proceedings in 2013 and 2017 quoted Law No. 24/2009 to dispute the validity of English-only contracts between Indonesian companies and their foreign suppliers. The Indonesian court ruled that these contracts breached the law and are thus null and void, sending shockwaves through the international legal and business community in Indonesia.

Foreign personnel were also targeted. In late 2013, a Ministry of Manpower regulation stated that foreign workers must ‘be able to communicate in the Indonesian language’. This was clarified two years later as possessing an Indonesian language competency certificate. The foreign business community was understandably apprehensive.

Concerned about deterring foreign investment, Indonesian President Joko Widodo instructed the then-manpower minister to roll back the restriction. But pressure from the House of Representatives led to the re-introduction of a milder requirement in Presidential Regulation No. 20/2018, which requires employers to facilitate Indonesian language training for their foreign workers.

Next came Presidential Regulation No. 63/2019, an implementing regulation for the language component of the 2009 law. While it clarified the hierarchy of contract languages, it further specified situations where Indonesian must be used, including verbal and electronic workplace communications.

Foreign direct investment (FDI) is a prominent feature of this ongoing language policy debate. Even local businesses claim that such regulations will sour the appetite of international investors. Ease of communication logically promotes business links, but to what extent might restricting investors’ language options prove detrimental to FDI?

Quite considerably, as it turned out. When Bappenas, the Indonesian Ministry of National Development Planning, asked international executives in ASEAN countries for quick-reform suggestions, two of the three proposals were on language — revising Presidential Regulation No. 63/2019 and translating key regulations into English and other international languages.

Further, international business literature suggests that Asian multinational enterprises (MNEs) prefer using their own language in headquarter–subsidiary interactions. They often place their own nationals as expatriates in overseas subsidiaries to minimise communication errors and maintain a degree of control.

Language restrictions are particularly relevant for Japanese MNEs — the second largest senders of capital and personnel to Indonesia in 2018. A 2018 survey by the Japanese External Trade Organisation (JETRO) of 15 host economies in ASEAN, Southwest Asia and Oceania also suggested the significance of language in the international operations of Japanese MNEs. When asked to rank the top five merits of these host economies, almost all listed ‘fewer linguistic/communication problems’ or ‘good living environment for Japanese expatriates’ except for Indonesia and Laos.

It seems that Indonesian policymakers may have unintentionally deterred one of the country’s most important sources of FDI.

To investigate this possibility, gravity models can be used to see whether economies with greater Japanese proficiency receive more FDI from Japan. Since no other countries use or derive their language from Japanese, the model uses a measure of Japanese as a foreign language (L2 Japanese or Japanese as a second language) from the results of the Japanese-Language Proficiency Test.

Aside from testing the effect of an economy’s L2 Japanese capabilities on levels of Japanese FDI, data on L2 English proficiency must also be considered. Past studies have often focussed on English language skill alone as the de factointernational business language.

Since Japanese investors likely weigh Indonesia against its near neighbours, the analysis focuses on East, South and Southeast Asia economies, which coincidentally host the most Japanese FDI in the developing world.

Results confirm that host economies with greater L2 Japanese skills enjoy more Japanese FDI. But the effects of L2 English skills are unclear. This supports past studies that show that Japanese language remains essential for Japanese MNEs in cross-border situations and somewhat dispels the myth of the hegemony of English, at least in the Japanese MNE context.

When looking at ASEAN, the rising star FDI destination and a favourite for Japanese firms — Vietnam — has the opposite approach to Indonesia on foreign languages. The Vietnamese government believes that its population’s mastery of foreign language skills is integral to the modernisation of the country. In 2008, Vietnam committed over US$400 million to a multi-year nationwide foreign language training program. Despite having less than half of Indonesia’s population, Vietnam’s English skills outranked Indonesia by nine spots in 2018 and it certified four times more Japanese learners in 2017.

Indonesian policymakers can learn from the Vietnamese example. Investors care about communication barriers so restricting their linguistic choice simply erects another wall which investors must then overcome.

Instead of enforcing Indonesian language use among foreign businesses, the government should incentivise them to provide foreign language training for local staff. Companies could then reap the benefits of lower training and communication costs while Indonesians could gain a valuable tool to access the global job market.

Andree Surianta is an Australia Awards PhD Scholar at the Crawford School of Public Policy, The Australian National University, and a research associate at the Centre for Indonesian Policy Studies (CIPS), Jakarta.