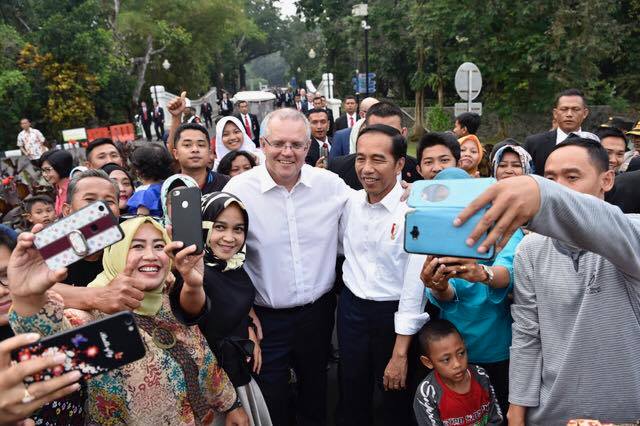 JUST being neighbours doesn’t guarantee a good relationship, as just about any nightly edition of A Current Affair can attest. 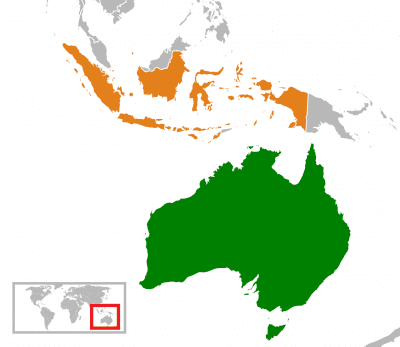 Australia and Indonesia are separated geographically by only a few thousand kilometres of sea but culturally by a far greater gulf that has caused continuous misunderstandings and headline conflicts over the past decade.

However it is a relationship that has perhaps never been more important to Australia, particularly as ties with China continue on a downward spiral.

The ill-conceived 2011 suspension of live cattle shipments to Indonesia, 2013 revelations that Australian intelligence officials eavesdropped then President Susilo Bambang Yudhoyono and his wife Ani’s phones, 2015 calls by then Prime Minister Tony Abbott for Indonesia to “reciprocate” Australian aid by sparing citizens on death row for drug smuggling, and more recently Scott Morrison’s 2018 proposal to move Australia’s embassy in Israel from Tel Aviv to Jerusalem, which caused outrage in the Muslim-majority nation, have all contributed to the rocky relationship. 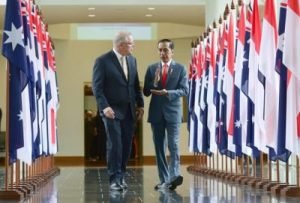 However ties have returned to a more even keel since, marked by President Joko Widodo’s February 2020 visit to Australia and historic address to Federal Parliament in Canberra in which he described Australia as “Indonesia’s closest friend”, and the commencement of the Indonesia-Australia Comprehensive Economic Partnership Agreement since July. Not only is Indonesia one of our closest neighbours, the nation of 240 million people is forecast by PWC to become the world’s fourth largest economy in the next 30 years.

Despite the close proximity and the many complementary economic opportunities that exist between Australia and Indonesia, the trade relationship is still comparatively “underdone” in many ways, as UNSW economist Tim Harcourt wrote prior to President’s Widodo visit to Australia in February.

In recent years the focus of many Australian exporters, trade representatives and Government officials has been on China, in the process flying over Indonesia and largely overlooking the opportunities there.

At least until COVID-19 came along, Australians had daily access to planes flying more than 30 different non-stop routes into China, but only two or three direct flights to Jakarta.

More than 18,700 Australian companies export to New Zealand and more than 6400 export to China, but to Indonesia the number is just 2400, according to the ABS.

Just about any analysis of what causes problems between the two nations almost always comes down to the same answer: a lack of understanding of Indonesia, its people and language.

Ties between Australia and Indonesia are invariably very strong and very close at an individual to individual level, a business to business level and an industry to industry level, typically defined by strong mutual respect, shared goals and reciprocated bonds of trust that have been carefully and slowly developed over years.

It is at Government to Government level where things typically go wrong.

It is at Government to Government level where things typically go wrong.

As Dr Ross Ainsworth, who has lived in Indonesia for 20 years, explained in an insight-rich article a few years ago, the central problem with the national relationship is the short-term nature of interactions between the principal players:

“High level political and diplomatic interactions are conducted by politicians and senior bureaucrats who, because of their busy schedules and relatively short tenures, can never hope to establish the kind of personal relationships that are essential to avoid or diffuse the constant barrage of prickly issues that threaten the peaceful coexistence of geographically close neighbours,” he wrote.

It is it is high time Australia “finally got serious” about building better relationships with Indonesia and India, both of which are predicted to be among the world’s top four economies within 30 years, Australia’s Shadow trade minister Madeleine King wrote on August 26.

Just last week Chinese President Xi Jinping, in a phone call with Joko Widodo, urged China and Indonesia to “seize the opportunities” of new industries and models created by the COVID-19 pandemic to open up new co-operation areas to boost their respective development, and give impetus to the regional and global economy. 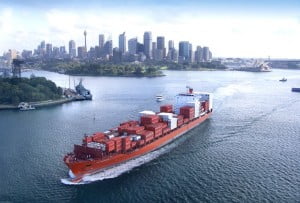 In a handful of years Australian beef sales to China have grown from just a few thousand tonnes annually to more than 330,000 tonnes last year – a 68 percent increase on the previous year – ranking China as Australia’s single largest market by volume in 2019. China’s market share of Australian beef exports last year was 27 percent, followed by Japan (23pc) and the US (22pc), according to DAWE data.

This year, however, Australia’s beef exports to China are now running about 55 percent down on where they were this time last year. In August China slipped to being Australia’s fourth largest market for beef, behind Japan, the US and Korea. 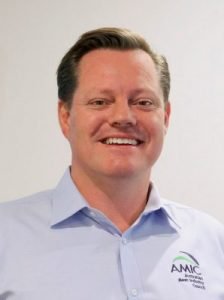 These figures highlight the incredibly fortunate position Australia’s export-dependent beef industry has in its strong levels of market diversity, and in avoiding being overly dependent on any one single market.

It is a position that has not been achieved by accident and one that processors, exporters, industry representatives and Government trade officials have worked hard to achieve. Indeed in response to a question from Beef Central in a webinar last week, Australian Meat Industry Council CEO Patrick Hutchinson (left) emphasised the point that Australian exporters have not just “thrown everything at China” at the expense of other markets in recent years, and continually work diligently to service and protect every one of the more than 100 countries to which they deliver product, including Indonesia.

Relationship at a key crossroads

Australia can play a uniquely pivotal role in helping Indonesia to achieve its food security ambitions, and that is clearly happening at the industry level.

But if the future relationship between Australia and Indonesia is characterised more by combativeness than camaraderie at a political level, an Indonesia which is now facing increasing pressure from China to pull more closely under its influence could start to drift further away than ever.

Indonesia is going to be “a very rich and very powerful country indeed”, Hugh White, a Professor of Strategic Studies at the Australian National University, explained in an ABC television interview marking 70 years of the Australian Indonesian diplomatic relationship earlier this year.

He noted that the relationship is at a key crossroads right now, which could have significant implications for Australia’s future:

“If Indonesia decides to muscle up to become more independent, to assert more of a regional sphere of influence of its own to try and minimise China’s influence in our part of the world, then that could work very well for us,” he said.

“If on the other hand it just decides to go along with whatever China wants, which I think is a possibility, then it is going to make it very hard for Australia to avoid doing the same thing.”

He said successive Australian Governments have made the mistake of viewing the Indonesian relationship as a “transactional relationship”. 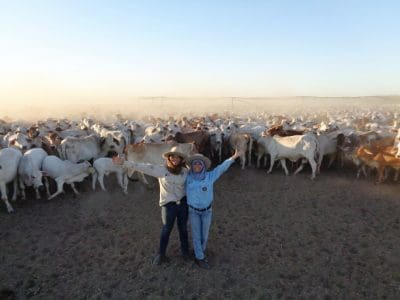 “They haven’t tried to build a really broad base of strategic understanding and cooperation, which I think is going to be really essential for Australia’s interests in the decades ahead.”

In a positive sign the recently enacted IA-CEPA has laid the groundwork for both countries to further build their relationship on a mutually beneficial footing.

It is also important to note that the red meat sector has led the way in developing strong relationships between the two neighbours over several decades, exemplified by the Indonesia Australia Red Meat and Cattle Partnership (IA-RMCP), which jointly funds a range of projects around skills development, breeding management and improving local cattle production (more details here), and the Northern Territory Cattlemen’s Association’s Indonesia Australia pastoral program (right).

But there are also signs that Australia continues to send conflicting messages to Indonesia, as regular commentator on Australian and Indonesian affairs, Ross Taylor, the president Indonesia Institute and former WA Commissioner to Indonesia, recently drew attention to.

Millions of Indonesians are “addicted to soccer”, a game which is “crazy popular” there he wrote, but ABC Australia “feeds them with hours of AFL football without subtitles that no one except Aussie expats watch”.

“So much for ‘soft diplomacy’”

“So much for ‘soft diplomacy’,” he wrote.

“Imagine if Sam Kerr (the captain of the Australia women’s national soccer team) and her team could be telecast each week throughout Indonesia? And our A league games? “We talk about how we need to get to know our Indonesian neighbours better, yet we ignore a huge opportunity staring at us in the face.

“Honestly I despair of the lack of innovation and vision shown by our national broadcaster and politicians.” 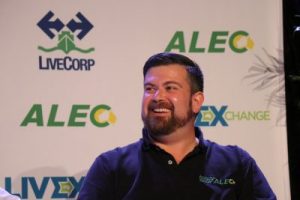 Responding to Beef Central’s question in a recent webinar as to whether Australia is doing enough to protect and build relationships with countries such as Indonesia, particularly in light of the current deteriorating relationship with China, Australian Livestock Exporters’ Council CEO Mark Harvey-Sutton said Australia needed to work hard to ensure its intentions were clearly understood.

Last month Australia regulators suspended the export of cattle to two abattoirs in Aceh, Indonesia, last month, to investigate and resolve issues in response to footage showing Australian cattle being mistreated in those facilities.

That is a routine process, but Mr Harvey-Sutton said, but the message was initially interpreted by local authorities as being that Australia was withdrawing supplies of the cattle from the region permanently, causing them significant angst from a food security perspective.

“I think what it can demonstrate sometimes is a bit of a lack of respect to circumstances,” he explained.

“I think we’re quick in imposing what we consider to be our standards, I think we just have to be a little bit broader in our thinking and often contemplating what it looks like from (their) perspective.

“In essence we have to be a bit more cognisant of different perspectives and I think that probably does translate to the government level sometimes in dealing with Indonesia, it is an incredibly important market.”

Troy Setter, the CEO of Consolidated Pastoral Company, which owns significant cattle production interests in Australia and feedlots in Indonesia, said Australian companies looking to build relationships with Indonesia should be looking at where “two-way synergies exist”, as opposed to taking a one-way view “of just looking to sell products to Indonesia”.

“How can we work together, how can we co-invest, how can we do joint two-way trade, I think that is very important to growing the trade and the relationship between Australia and Indonesia.”

He said the IA-CEPA was a “really great step forward” to building relationships with Indonesia, but “we have got to continue to do the relationship work.”

“Invest in the relationship, spend time with each other and continue to look at ways we can continue to work together commercially and politically and socially, and there’s no doubt that coronavirus is making that difficult, but that is the challenge.”