What Australia can teach Indonesia about climate change 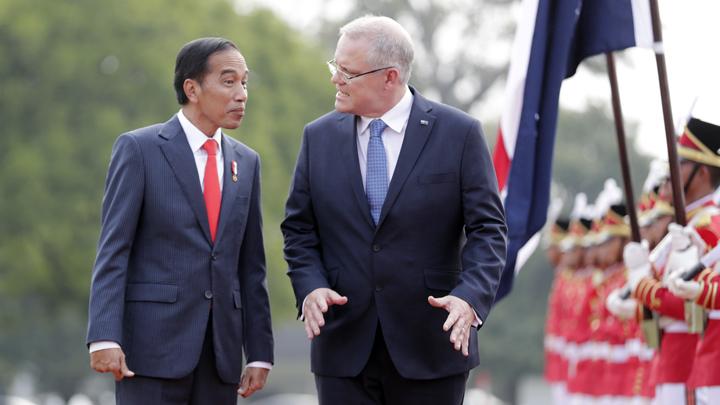 Given his phone was tapped by the Australian government, former Indonesian diplomat and presidential advisor Dino Patti Djalal is generously optimistic about the future of the bilateral relationship.

In 2013, all hell broke loose in the wake of revelations the Australian Signals Directorate had been listening in to calls made by then Indonesian president Susilo Bambang, his wife and others in his inner circle – including Dino.

That crisis was one of the low points in what has always been a volatile bilateral relationship. Right now, though, after a joint sitting of parliament gave President Joko Widodo a standing ovation in Canberra on Monday, it is in the best shape it has been for years.

In addition to the newly-ratified Indonesia-Australia Comprehensive Economic Partnership Agreement, there is also hope the two countries can help each other take on the existential challenge of climate change and a deepened commitment to keeping China’s expansionist ambitions in check in the South China Sea.

It’s the economic plank that has been missing in the past, Dino says.

“A comprehensive partnership has to be strong on all pillars. Not just strategic and political but also economic. The economic aspect has always been the hardest challenge for Indonesia and Australia.

“It’s ironic because our people to people links are so strong,” he says. “A lot of Australians come to Indonesia and vice versa. So why can’t that be translated into a stronger economic co-operation? I’m hoping IA-CEPA will elevate the economic relationship to a new level. I really hope that.”

While initial benefits from the agreement will flow from the reduction or removal of tariffs, in his speech to parliament President Joko Widodo flagged climate change as a new area for collaboration between the two countries. Those involved say there’s plenty of potential for research, policy and investment links to piggy back on IA-CEPA.

We have a target of 23 per cent of energy supply to come from renewables by 2025 but we are way behind.

It may come as a surprise to Australians weary of the country’s long-running political climate war but Indonesia could gain a lot by following our example in renewable energy, says Fabby Tumiwa, executive director of the Jakarta-based Institute for Essential Services Reform (IESR).

“In the last five years renewable energy development in Indonesia has been slow. We have a target of 23 per cent of energy supply to come from renewables by 2025 but we are way behind. The President is concerned because in his second term he has to show some progress to the target that he has agreed upon.

“For Indonesia to achieve that requires effort and support, particularly in terms of investment and technology deployment,” Fabby says.

State-controlled electricity pricing is one of the Indonesia’s policy problems given it affects return on investment and is subject to arbitrary change by regulation. It also rules out any possibility of a giant extension cord taking green power from Australia to Indonesia – even if that were possible. “Is that for real?,” asks Fabby when told of tech billionaire Mike Cannon-Brookes’ $25 billion plan to supply electricity to Singapore from a 10GW solar farm near Tennant Creek in the Northern Territory.

There are many other opportunities though. Last month, mining magnate Andrew Forrest, Cannon-Brookes’ partner in the NT Sun Cable project, spent five hours meeting with Jokowi’s right hand man, the Co-ordinating Minister for Investment Luhut Panjaitan, to discuss various projects, including building a hydro-power plant to run an iron-ore smelter.

The IESR is particularly focused on Indonesia building its own supply of solar power. It also sees a future where Australian exports to Indonesia include hydrogen fuel technology.

“We have a target to build 6.5GW of solar-powered generation by 2025,” says Fabby. “Right now we only have 150MW so there is a long way to go with both rooftop and large scale projects. We could learn from Australia’s rapid development of solar power in the last 10 years.”

“And while I don’t see us buying electricity from Australia, I can see Australia producing hydrogen using renewable energy and other types of gas for industrial use – like methanol. They could be the export commodities of the future.”

Colin Brown, an adjunct professor at Griffith University believes there are plenty of opportunities for climate change-related activities outside of government and IA-CEPA could help bring these to fruition.

“There are significant opportunities for academic collaboration in climate change research and between the private sectors in the two countries, in areas like recycling, renewable energy, waste management, mitigation of greenhouse gas emissions and so on. The IA-CEPA could provide a useful framework for bilateral collaboration.”

“While the two governments may well agree on the need to do ‘something’ about climate change, meaningful collaboration will more likely take place outside government circles,” Brown says.

There’s never been a better time to be forging closer links with our Northern neighbour.

“Our common anxiety about China is a good reason to be friends,” says Adrian Vickers, professor of Southeast Asian studies at The University of Sydney.

During their leaders’ meeting on Monday, Jokowi and Morrison spoke of their “serious concerns about developments in the South China Sea” and “reaffirmed the importance of maintaining peace, security, stability, and freedom of navigation and overflight in the region”.

Australia’s promise to help develop maritime and fishing capacities in Indonesia’s “outermost islands” is a sign the relationship has “recalibrated” in response to the stand-off between Chinese fishing and coast guard vessels in Indonesia’s Natuna waters last month, says Euan Graham, a South China Sea expert and non-resident fellow at the Lowy Institute.

“It’s an indication our horizons are progressively been drawn further south. This is where the touch point is now; at the very southern end of the South China Sea. It reflects the fact that China is pushing south in a concerted way.”

Against this backdrop, anything that bolsters links between Australia and Indonesia is a positive, Graham says.

“2013 was the last big crisis in the relationship but they come like clockwork and we have to expect them,” he says. “The goal is to string a safety net under that relationship as far as possible. That’s why the new economic partnership is important. The challenge is to make sure it extends out of the government template.”

Emma Connors is The Australian Financial Review’s south-east Asia correspondent. She was editor of Perspective and Review. Connect with Emma on Twitter. Email Emma at emma.connors@afr.com