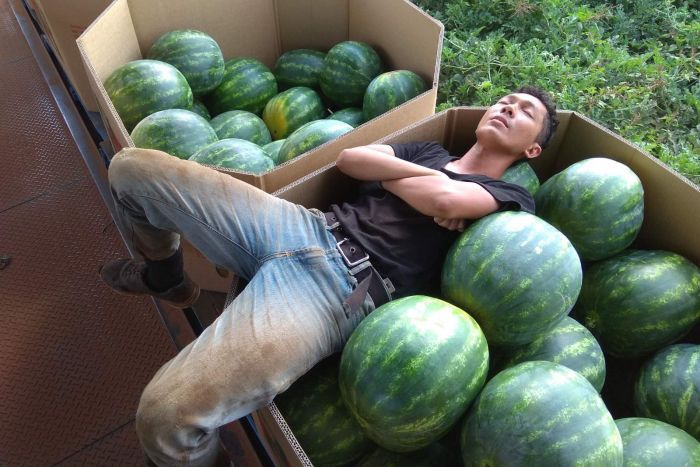 When Dany Ismanu applied for a working holiday visa to Australia in mid-2018 little did he realize where the next couple of years would take him.

Mr Ismanu had been working as a journalist in Indonesia for four years before deciding on a career change and setting off for Darwin to begin a one-year working holiday.

He started out washing dishes at a restaurant for just under a month before moving to Katherine in the Northern Territory to take up a job working on a watermelon farm.

Mr Ismanu spent his final three months in Brisbane working as a kitchenhand.

“I had learnt a lot there [in Australia],” he told the ABC.

“I had worked from one hotel to another where I had the chance to learn about hospitality and get inspired.”

When his visa expired in mid-2019 Mr Ismanu was ready to launch his new life in Jakarta.

“[When I returned to Indonesia] my brother, who was working in an office, wanted to start a business, so we built it together,” he said.

Interested in the hotel industry and inspired by Australia’s coffee culture, Mr Ismanu worked with his brother to create a combined cafe and hostel, which they jointly run.

PHOTO: Dany Ismanu started a business in Indonesia with the money he earned during his working holiday. (Supplied: Dany Ismanu)

He bought his share in the business with the money he earned during his working holiday and said he was implementing practices he had learned in Australia.

He said equality in the workplace was one of the business’s most important values.

“We have a small team of six, but we place ourselves all on the same level, just different responsibilities. Not as superiors and subordinates,” Mr Ismanu said.

The coffee shop also pays its workers by the hour, unlike most businesses in Indonesia that pay by the month.

Mr Ismanu said he broke the Indonesian national minimum wage down into an hourly rate and paid his workers each week.

“I told them this is how they pay workers in Australia, so they would understand that it’s fair,” he said.

Australia currently grants working holiday visas to 1,000 Indonesians each year, but under a recently approved free trade agreement, that number will increase to 4,100 over the coming years.

Many Indonesians who come on the working holiday visas also opt to do three months of “specified work” in agriculture, mining or construction industries in regional communities in order to be eligible for a second year in Australia.

While Mr Ismanu chose to start his own business after his time in Australia, other Indonesians have followed a different path.

Aulia Rifqiandono spent the first six months of his working holiday employed in the hospitality industry in Sydney, before moving to Darwin to work in the same field.

“I also had the chance to travel to Melbourne and Canberra,” he said.

His experience in Australia’s major cities got him thinking.

“I had a dream for [the cities] in Indonesia to be transformed into more developed cities like Sydney or Melbourne that has ranked as the world’s most liveable city,” he said.

Despite what some Sydneysiders or Melburnians might think about their cities’ public transport systems, Mr Rifqiandono was impressed.

He returned home and soon got a job working on an initiative for the Indonesian capital called Jakarta Smart City.

“[This program] aims to solve urban problems with technology by integrating public transport,” he said.

Mr Rifqiandono said Jakarta had good smartphone applications which helped people plan and link up their journeys, but getting people to use them was a challenge.

“They [people in Jakarta] don’t use the technology,” he said.

“My job was to create content such as videos about the application and how to engage with it.”

“This will help the people to become more aware of the technology in Jakarta.”

Australia’s working holiday visa scheme has faced criticism amid reports of mistreatment and exploitation by employers.

But 25-year-old Maria Lukmanasari said her trip had given her some of her “best experiences ever”.

‘There are so many skills that I got’

Ms Lukmanasari’s holiday took her along the east coast of Australia and all the way to the top of one of the country’s highest peaks.

“I got an offer to work as a manager and I didn’t expect it to happen at all since I was the only Indonesian to work in Mount Buller,” she said.

“I thought I would become a staff [member, not manager] since my purpose of going to Mount Buller was to learn snowboarding.”

But she got the added bonus of snowboarding gear hire “for free instead of paying $60 per day like regular customers do”.

Her time in Australia included work at a supermarket in Queensland, a kitchen at a mining company in New South Wales and at a cafe in Sydney.

Ms Lukmanasari said the wide range of experiences set her up to land her “dream” job as an operations manager for a travel company in Yogyakarta when she returned home in 2019.

“There are so many skills that I got from working with the working holiday visa,” she said. “I’ve got an outstanding CV. Maybe that’s how I got hired [in the travel company].”