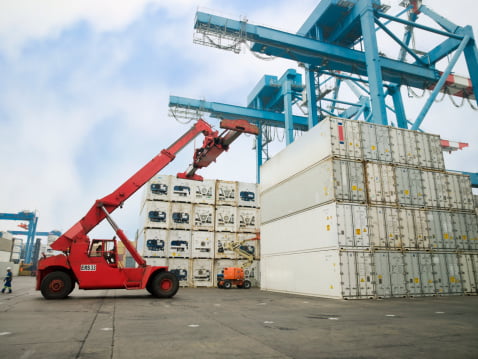 The country navigated the 2008 global financial crisis with little difficulty and effectively weathered the emerging market volatilities of 2018. It has adjusted to the end of the China-driven commodity boom more effectively than the commodity-exporting members of the now-forgotten BRICS (Brazil, Russia, India, China and South Africa) group.

Despite this record, the economy isn’t growing fast enough to meet the growing aspirations of its people or to make significant inroads into poverty — a challenge compounded by the sizeable increase in inequality this century. The new normal is 5 per cent growth. While that’s faster than the global economy, it’s well behind contemporary Asian frontiers set by India, China, Vietnam and even the Philippines.

Why isn’t Indonesia growing as fast as the two Asian giants and some of its neighbours? Jokowi had the misfortune of coming to office just as the commodity boom was ending. Government and businesses were being forced to adjust to the end of a decade of easy growth. Some slowing down in the economic momentum was inevitable. But four years on, economic growth has yet to accelerate despite a moderate increase in commodity prices and the ongoing income effects of the boom.

The factors explaining this lack of economic dynamism are mainly domestic.

There is more or less a consensus around the desirability of appointing highly competent technocratic professionals to run the two key macroeconomic agencies, the Ministry of Finance and Bank Indonesia. As a result, Indonesia’s macroeconomic policy framework is functioning effectively. There has been an impressive fiscal consolidation since the crisis, the flexible exchange rate regime is working well, and the financial sector is now much better supervised and regulated.

But microeconomic reform — trade and investment policy, the business environment, the sectors, and labour and social policy — is basically in the hands of the political parties and subject to the rules of the political market place. ‘Veto players’ proliferate in a system where the president governs by consensus in the legislature, manages a diverse ‘rainbow cabinet’, presides over more than 500 subnational leaders and occasionally is checked by an unpredictable judiciary.

The result is that the sweeping economic policy reforms and institutional innovations needed for faster economic growth (and that were the government’s response to the fading of the earlier boom in the 1980s) are more or less off the agenda.

Jokowi came to office with a reputation as a ‘can-do’ politician. There was optimism following his first major economic policy decision, which was to substantially reduce the petroleum subsidies that had been crippling the government’s budget. This freed up fiscal space for desperately needed infrastructure investments, as well as an ambitious social policy agenda.

Jokowi’s well-known impatience with bureaucracy is also facilitating ongoing regulatory simplifications. The country is ascending the World Bank’s Ease of Doing Business rankings, the most widely used business environment indicator. Among the 190 jurisdictions, Indonesia has risen from 114 when Jokowi took office to its current ranking of 73.

The fact that Indonesia elected an ‘outsider’ of modest means to the highest office reflects admirably on the country’s democratic progress. But one result of this background is that Jokowi has led from behind on the big issues of economic nationalism and reform.

Take his trade ministers, for example. The three in his administration have ranged from an ultra-nationalist to a liberal reformer to something in-between. As a result, significant trade policy reform is on the backburner. The country’s large state-enterprise sector too remains basically unreformed and is seen as an ‘agent of development’ despite its indifferent commercial record and (for some) compromised governance structure.

Of course, there are small steps here and there. Elements of the 16 reform packages introduced by the Jokowi administration have been useful at the margins. Capable reforming cabinet members, such as the current head of the Investment Board, are able to take some small steps. But in the grand scheme of things these are not enough to accelerate growth.

There can also be no doubting the President’s sincerity in social policy reform, including in the form of conditional cash transfers and improved access to education and health facilities. But the country’s fiscal policy space is severely limiting the scope for these much-needed services. The subsidies have crept back, the tax effort remains an anaemic 12 per cent of GDP (despite the much-heralded 2016 tax amnesty) and there are large unfunded spending commitments in practically all areas of social policy.

The 2019 election campaign is now under way, but the economic debates are mainly about symbols and slogans. A Jokowi victory would almost certainly usher in more of the same. It would not be a reformist administration, but it would be pragmatic, cautious and focussed on infrastructure. Perhaps Jokowi would be bolder in a second (and final) term. He might also follow the well-established political dictum of administering any tough medicine early in the term, as he did almost immediately after his 2014 election victory.

What are the implications for the region? Indonesia will be fully occupied by elections in 2019. Jokowi has also shown little interest in international affairs, except in cases where business deals are in prospect. Although Indonesia has had some of ASEAN’s most creative thinkers on regional affairs, mainly associated with the Centre for Strategic and International Studies, the country is unlikely to adopt a leadership role in regional and international commercial diplomacy, from ASEAN and RCEP to climate change and other pressing global challenges.

Hal Hill is the HW Arndt Professor Emeritus of Southeast Asian Economies at The Australian National University.This article is part of an EAF special feature series on 2018 in review and the year ahead.These issues are discussed in more detail in the author’s ‘Asia’s Third Giant: A Survey of the Indonesian Economy‘, The Economic Record, December 2018.