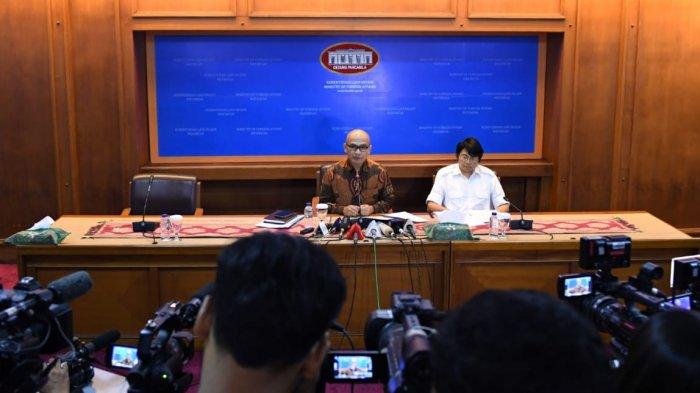 By Ida Bagus Made Bimantara

There is no telling how far the partnership between Indonesia and South Pacific island countries can go.

Located in the same Pacific region, with a common heritage and sharing similar challenges, the interests of Indonesia and the South Pacific naturally align. These are the foundation for Indonesia’s future engagement with the region.

Indonesia’s easternmost provinces jut and form a natural sea and land bridge into the southwest and northwest of the South Pacific. Comprising many islands facing the constant threat of natural disasters and climate change, Indonesia and South Pacific countries face the challenge of connecting the islands throughout the vast ocean.

Indonesia is a multi-ethnic and multicultural country, mostly including those with Austronesian or Melanesian origin. The Austronesian family includes the languages spoken by Indonesians and Malays, Malagasy, Filipinos, as well as Polynesian peoples including Maori, Samoan, Tongan and Hawaiian.

Over the past few years, Indonesia has provided modest assistance to countries struck by natural disasters or humanitarian crises, including US$5 million for Fiji and $2 million for Vanuatu after typhoons Winston and Pam. Other forms of cooperation that Indonesia is engaging with Pacific island countries include protocol and security training for PNG as host of the latest summit of the Asia Pacific Economic Cooperation forum and various programs to share experience and knowledge.

In the years to come, Indonesia’s international development program, currently in its infancy, is set to gain a significant boost commensurate with the country’s growing wealth. Last year, Foreign Minister Retno Marsudi announced a plan to form an Indonesian aid agency with an initial fund of about $100 million. This single agency will be responsible for managing international assistance for natural disasters, humanitarian crises and other challenges in the region including the South Pacific. The agency will also bring together technical cooperation and capacity building programs that many Indonesian agencies now have with a number of Pacific island nations.

Furthermore, there is ample room to improve Indonesia’s modest economic relationship with the South Pacific. Total trade between Indonesia and all the Pacific island countries in 2017 was $450 million, an improvement of $140 million from 2016. The largest contributors for the increase were from PNG and the Solomon Islands. Indonesia has a long way to go to catch up with the region’s biggest trading and development partners: Australia, China, Japan, New Zealand and the United States.

Currently only a few Indonesian companies have a presence in the South Pacific, including construction company Audie Pacific in Fiji and Emtek Media in PNG. In the next two decades, improvements in connectivity between the easternmost parts of Indonesia and the South Pacific will be key to Indonesia’s attempts to expand its trade and investment footprint in the region.

Such improvements are already happening. The improved and more frequent air links between Mount Hagen and Port Moresby in PNG and Jayapura in Papua are opening up business and personal connections between Indonesia and PNG and the rest of the South Pacific. The expansion and upgrade of 24 strategic ports, including the ports of Bitung in North Sulawesi and Sorong in West Papua, will further cut costs for both domestic and international freight.

As connectivity between the regions improves even further, the tyranny of distance will be eroded. It is this confluence of events and initiatives that should be on top of our thinking as we shape the kind of cooperation and partnership that Indonesia should have with the South Pacific island countries. A partnership that encompasses all the sectors that will greatly impact people’s livelihoods. A partnership that takes advantage of each other’s strengths and opportunities while filling the remaining gaps.

In her journey, Moana saw the line where the sky meets the sea which called her to explore further. That line on our common horizon is waiting for all Pacific islanders and Indonesians to see and explore.

The author is deputy director for East Asia and the Pacific at the Foreign Ministry of Indonesia. The views expressed are his own.