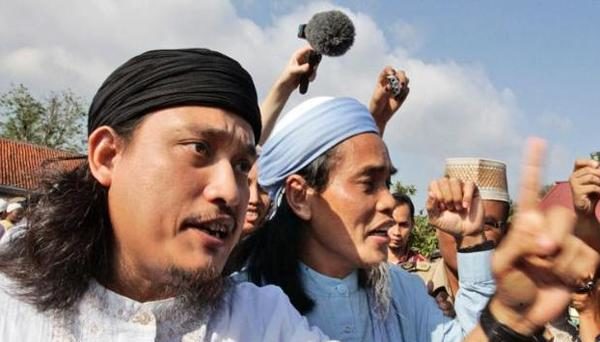 One of the searing images of the Vietnam War, or as the Vietnamese call it, the American War, was of the self immolation of Buddhist monks who through their selfless acts drew the world’s attention to the horrendous nature of the conflict their fellow citizens were suffering.

In the current era, it has been those who have killed others through their own deaths, whether by flying planes as was the case of 9/11, or suicide bombers throughout the Middle East and elsewhere, that have captured media attention and provided media images of horror. Most commentary centres on the effect of such acts, and on the measures taken to deal with the increasing level of danger posed to tourists, travellers and civilians.

Apart from such high profile figures as Osama Bin Laden, very little attention has thus far been paid to those who are behind the recruitment of suicide bombers. For Australia, the single most significant suicide bomb event occurred on 12 October 2002 when two suicide bombers detonated bombs inside Paddy’s Pub and in front of the Sari Club in Kuta, one of Bali’s main tourist districts. The families of the 202 people killed continue to suffer as they deal with both their sense of loss and of bewilderment as to the reason why their loved ones died. Of those killed, 88 were Australian and 38 were Indonesian, the rest being tourists from many other countries. As the Indonesian police investigation proceeded and led to arrests and subsequent trials, the perpetrators of the crime were named. The name of the leader, Abdul Aziz, whose grandiose alias was “Imam Samudra” or “Oceanic Leader”, became very well known and images of him increasingly appeared in the Australian press and elsewhere.

While his trial documented how he and his accomplices organised and carried out this act of mass murder, less was known of his motives and rationale. It is to address this gap in our understanding that Angus McIntyre in his slim volume, Imam Samudra’s Revenge, has devoted his research. Angus has an academic background of having investigated the psychological dimension to Sukarno’s ideology and politics, and so is well placed to relate psychological theory to the lives of Indonesians such as Abdul Aziz. His study also assists us to understand the differences between the various, and competing, strands of Islamic fundamentalism that compete for the commitment of Indonesia’s Muslims.

Abdul Aziz’s unfortunate family life, his particular psychological make-up, his somewhat thwarted experience of travelling overseas to take part in Jihad abroad, and his conflicted relationship back in Indonesia with the variety of Islamic fundamental movements, is a rich brew that the book’s analysis combines with psychiatric theory to help us understand how a person arrives at a decision to commit murder with religious and political justification. Particularly poignant is the description of the distraught families of the lost souls recruited by Abdul Aziz to be the actual suicide bombers.

This is a thoughtful book, well documented and meticulous in its forensic analysis of a criminal act and life. It makes one wonder where the line lies between intense religious belief and psychiatric delusion.

Ron Witton gained his BA and MA in Indonesian and Malayan Studies at Sydney University and then his doctoral degree at Cornell University. He has taught at universities in Australia and Indonesia and works as an Indonesian interpreter and translator.