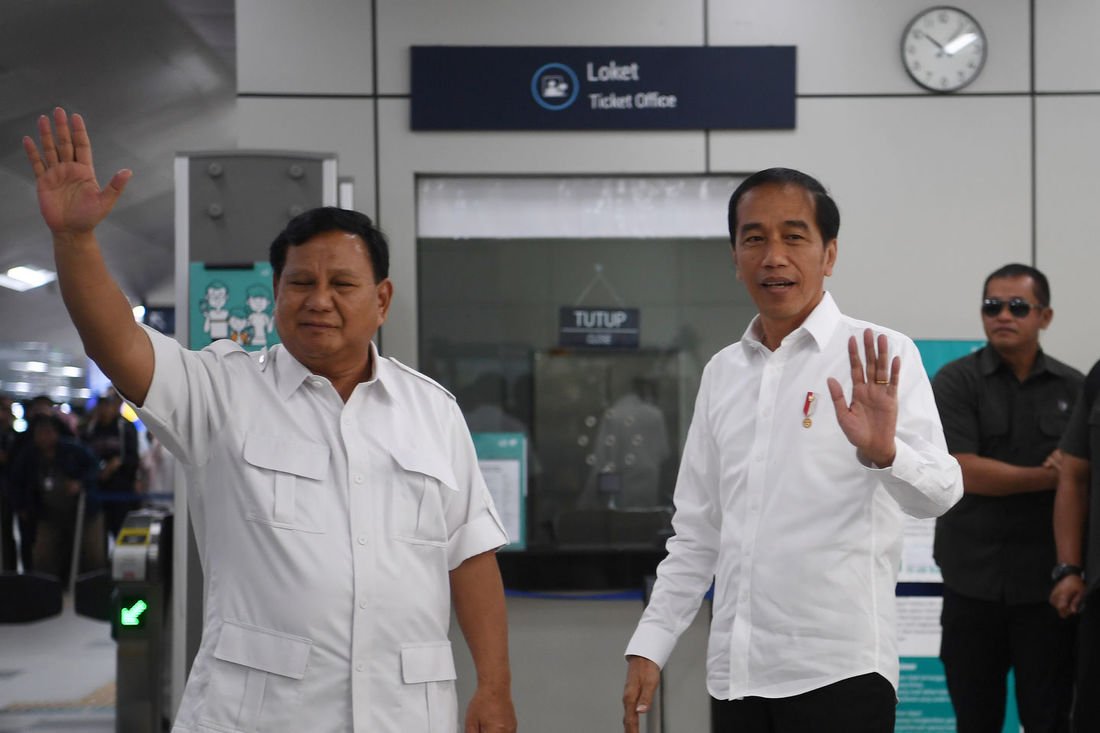 The idea that ‘good people vote for good people’ has led to a dangerous essentialism in Indonesian politics and has altered electoral contests so that they have become moral confrontations that extend for years beyond the election.

Growing Islamic populism and the state’s repressive response to it, the weakening of the Corruption Eradication Commission (KPK), shrinking space for freedom of expression, and ongoing violence in Papua have prompted serious questions about the future of democracy in Indonesia. Experts on Indonesia from a range of countries have expressed serious concerns about democratic regression in the country. 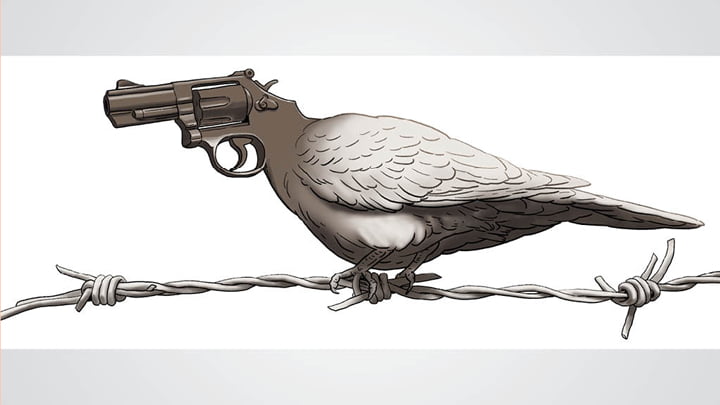 Some have warned that Indonesia could follow the path of the Philippines, which has seen a worrying backslide in the quality of its democracy and human rights in the hands of a populist president who is fanatically supported by a majority of the population. They warn Indonesia could even follow Thailand, which is now ruled by a quasi-military junta. These concerns, which come from a place of sympathy, seem to be at odds with the enthusiasm that has accompanied Indonesian elections since 2014.

Unfortunately, concerns about democratic fragility or regression have yet to be considered seriously by scholars of democracy in Indonesia itself. This could be a result of the fact that many analysts have been caught up in the extended political polarisation sparked by the presidential elections of 2014 and 2019. In fact, Indonesian politics has seen the emergence of an almost blind fanaticism that has narrowed the space available for critical public discourse about the quality of Indonesian democracy.

Over recent years, politics in Indonesia has seen a focus on personalities, resulting in institutional issues and historical economical and power structures being ignored. There has been a tendency to treat democracy as secure, or a given. There is an assumption that Indonesia will be fine, no matter who becomes president (or governor or mayor at the local level for that matter).

The personalisation of politics in Indonesia has several causes. One of these is the increasing role played by social media and the public relations industry in politics, which has seen politicians being treated like celebrities, and celebrities entering politics. Another important factor has been the persistent influence of the idea of the “good person”, which has been used as a moral framework to select political leaders in many democratic countries, Indonesia included. 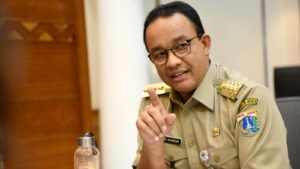 “Good people vote for good people” was one of the campaign slogans ahead of the 2014 Presidential Election. Anies Baswedan (now governor of Jakarta), who was campaigning for Joko Widodo and Jusuf Kalla at the time, said: “If a good person wants to run, he will fail if other good people stay quiet”. Five years later, the idea of the “good person” still resonates, and was prominent again in the 2019 presidential campaign. For example, earlier this year, the Indonesian Catholic Graduates Association promoted the slogan “good electors vote for good leaders”.

This idea of the “good person” is behind the decision of many academics and political consultants to work with candidates for president, governor or the legislature to prepare them for electoral contests over the past six years. Dr Dave McRae of the University of Melbourne argues that one of the reasons academics from state universities have become involved in electoral politics is that they have become convinced that the only way to enact real change in Indonesia is when politics is controlled by a “good person”.

The idea that “good people vote for good people” has indirectly promoted a dangerous essentialism in electoral competition in Indonesia. This essentialism has created rigid political demarcations, and altered electoral contests so that they have become moral confrontations that extend for years beyond the actual election. It encourages people to think: “we are good people, so if you are not with us you must be a bad person”. This type of thinking is particularly problematic when one considers that most political decisions in Indonesia are made based on financial and oligarchic considerations (that is, corruption is involved); there are no purely “good” politicians.

This personalisation of politics has made many “good people” forget structural issues, such as the role of oligarchs in shaping elite power, the role of political cartels in determining policy, and the clientelism and patronage that has made politics into a commodity. Meanwhile, as long as the fans of the “good person” continue to be enamoured with personalities, Indonesian democracy suffers.

Another result of this idea of the “good person” is that the trajectory of Indonesian democracy is considered to depend on the good or bad political decisions of individual leaders. If the good person fails to meet the democratic ideal, if the political decisions he or she makes are poor, then it reflects poorly on the quality of democracy as a whole. According to this view, democratic regression is a result of the limited options available to political leaders, forcing them to make imperfect or illiberal policy decisions that endanger democracy.

This personalised approach to examining Indonesian democracy is not able to explain democracy as a historical struggle. It fails to recognise the historical factors that have contributed to Indonesia’s democratic fragility. In fact, there are two main flaws in Indonesia’s political history that have shaped the quality of its democracy. 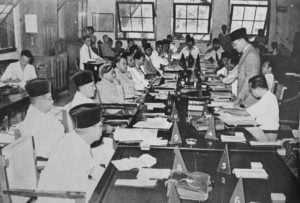 First, Indonesia was never intended to become a liberal democratic country. This fact is obvious if we look at the debate that occurred in the Investigating Committee for Preparatory Work for Independence (BPUPKI) in 1945. Even at this time, there was little support for liberal democracy. And since the brief liberal democratic period of 1950-1959, liberalism has been condemned as a source of chaos and is not considered an important political value in Indonesian governance. As a result, Indonesian democracy is democracy without respect for individual rights. Indonesia is a ‘communal state’, and that conflicts with the principles of democracy and liberalism.

Second, there is a culture of violence that has been hardwired into Indonesian politics since the 1965 tragedy, that is, the massacre of communists and suspected Leftists that took place in that year and into 1966. The inability of Indonesian democracy after Soeharto to see the 1965 violence for what it was – a tragedy – and encourage the nation to come to terms with it, has resulted in the preservation of a culture of violence in Indonesian politics. It has meant that the principles of pluralistic democracy have never truly taken root in Indonesia. Instead, political pluralism in Indonesia is illiberal pluralism – a product of political accommodation of minorities and the history of the New Order. This historical flaw means that Indonesian democracy exists without sufficient support for freedom, and that is what has caused ongoing illiberalism and fragility in Indonesian democracy.

In the face of these historical problems, hoping that change will come from a “good person” is somewhat absurd. The idea of the “good person” ignores history, the structure of society and politics, and democratic and political institutional relationships. It is also clear that the thesis of the “good person” functions more like a political gimmick for electoral campaigns – even if it can have deleterious implications by dividing communities on “moral” grounds.

The major weakness of the “good person” thesis is its failure to explain the decline in democratic quality and the shrinking of space for civil society. It also fails to explain why democratic regression is also occurring in a number of other Southeast Asian countries. At a time when there is a clear and distinct reversion to authoritarian rule in many countries around the globe, insisting that “good people vote for good people” is a foolish and shallow political position to take.

And because the personal approach fails to account for history, it fails to understand the structure and context of democratic society, and how democracy is built and maintained. It therefore also fails to offer meaningful proposals for reform to strengthen democracy.

The diverse and widely supported nature of the 1998 reform movement in 1998 is an important reminder that democracy and political liberalisation in Indonesia did not result from a single “good person”. Meaningful political reform in Indonesia has always begun from a consensus that change is possible, not from shallow moral claims.

An earlier version of this article was published in Tempo Magazine on 7 September as “Gagalnya Tesis Orang Baik”.