With virus hammering tourism, Bali’s hotels are up for sale and going cheap 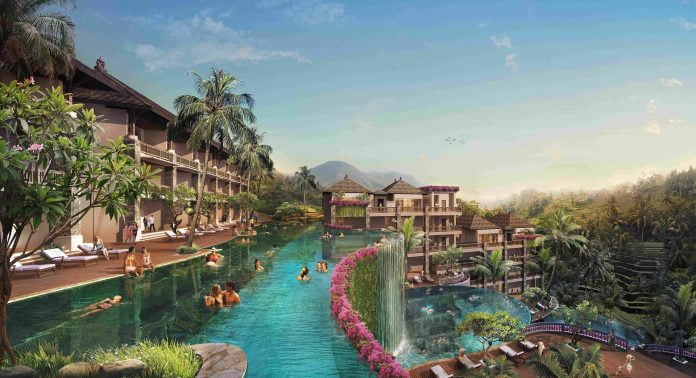 Balangan Wave, a 50-villa resort under construction, has already hit the market, and developer Michael Halim has slashed his asking price to $9 million from $17 million in May.

With no tourists and no income courtesy of the coronavirus pandemic, struggling hotel owners on the Indonesian resort island of Bali have been forced to put their properties up for sale. Given the dire state of the market, some may have to stomach a loss. For investors with a long view, it’s a chance to grab a slice of paradise on the cheap.

Balangan Wave, a 50-villa resort under construction near its namesake popular surfing beach, has already hit the market, and developer Michael Halim has slashed his asking price to $9 million from $17 million in May.

“In the current market, one can’t avoid selling at a loss,” Halim said. “Businesses are closing, there’s cash flow issues.”

While the halt to international travel has devastated holiday hot spots from Hawaii to Phuket in Thailand, Bali is more vulnerable than most. Tourism accounts for more than 60% of the island’s economy, providing jobs for everyone from chefs and cleaners at five-star resorts to self-employed guides and drivers.

A record 6.2 million travelers flocked to the island’s beaches, hotels and yoga retreats in 2019. This year, tourist arrivals slumped 22% to 1.04 million in the first quarter, even before the worst of the outbreak. Now, the usually pumping beach clubs lay quiet and the once-thronged Tanah Lot Temple is deserted.

While major global chains such as Marriott International Inc. and Hilton Worldwide Holdings Inc., have the financial firepower to stay afloat during the pandemic, smaller hotels at the budget end of the market are struggling to survive. The number of lodgings listed for sale in Bali has jumped 30% since the pandemic struck, according to Indonesian property firm Galaxy Kuta.

“It’s a good time to buy,” said Chandran V R, managing director of Singapore-based Cosmopolitan Real Estate, which is handling the Balangan Wave sale. “Bali will bounce back to normal. When that happens, prices will soar again.”

Also looking for a buyer is the two-star POP! Hotel Teuku Umar in Denpasar. With eye-catching neon window frames and interiors, the 140-room hotel was put up for sale for $7.7 million in May.

Situated a 30-minute taxi ride from Kuta and Seminyak beaches, and with rooms as low as $14 a night, it was a hit with backpackers. Not anymore.

“The hotel has no income at all and has maintenance costs to pay,” said Meirina Rajianto, an agent at Bali-based Galaxy Kuta, who is handling the sale. “The owner decided to sell rather than bleeding more money.”

Among those drawn to Bali was the Trump Organization, which signed an agreement in 2015 to lend its name to a new hotel and golf club on the island. Even it’s scaling back, with its local partners signaling last week they may opt for a four- or five-star resort — not six — to make it more affordable.

Still, buyers are likely to remain active as opportunities to buy discounted assets arise, Hamabata said. “We expect most buyers will be driven by three main themes: buying at a discount; buying under-utilized properties to improve them; or buying properties in strategic locations to grow a brand or platform.”

A growing domestic travel market in Indonesia, the world’s fourth-most populous country, may also prop up hotels until the globe-trotters return. The number of internal trips rose to 303 million in 2018 from 270 million in 2017.

“We are expecting domestic demand will be quicker to recover than international demand,” said JLL’s Hamabata.

While the island of 4.2 million had early success in containing the virus, it has recently seen a spike in infections to more than 1,400, with 13 deaths. Indonesia has surpassed 54,000 cases, with 2,754 deaths, making it the worst hit Southeast Asian nation.

That may dent plans to reopen Bali’s economy. Under a three-step strategy, domestic tourists would be allowed back in August, with international sun-seekers welcomed in September if everything goes according to plan, the Jakarta Globe reported earlier this month, following a visit by tourism minister Wishnutama Kusubandio to the island.

Even in the best case scenario, it’s unlikely tourists will arrive in droves.

Its biggest source of tourists, Australia, has signaled it’s likely to keep borders closed until next year. In Singapore, just a 2 1/2-hour flight away, the government is only allowing essential trips and has warned that mass holiday travel will take longer to resume.

That makes Bali a risky bet. The 5,780-square-kilometer island has more than 4,300 hotels, according to government figures. Intense competition at the budget end of the market had many hotel owners strained even before the virus hit.

“Those with little cash flow to cover the lockdown period and unable to restructure or delay debt payments will likely come under pressure very quickly,” said Govinda Singh, head of hotels and leisure for valuation and advisory services in Asia at Colliers.- Bloomberg