Vaccination race: Challenges ahead for Indonesia 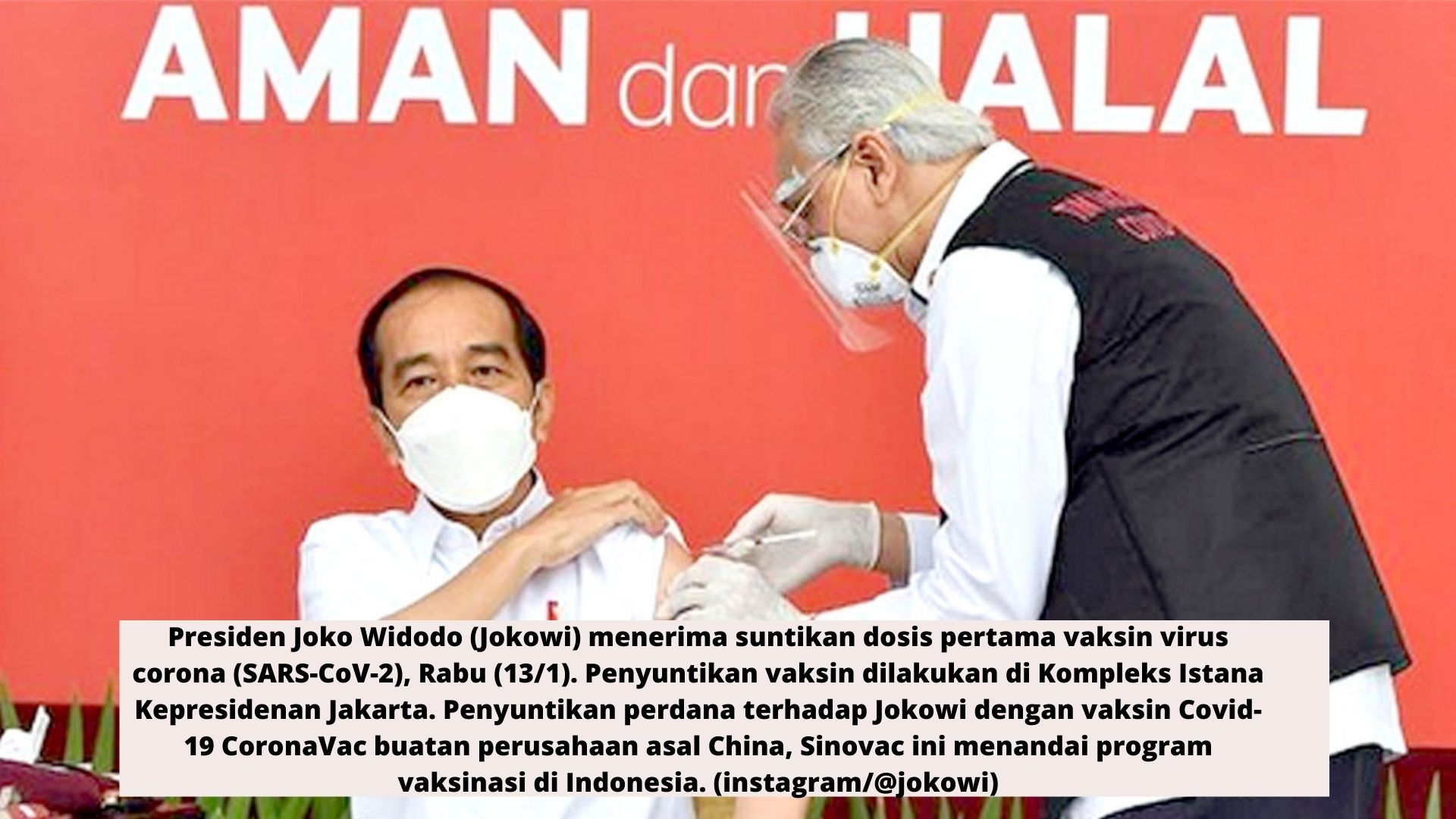 A vaccine shot administered into the shoulder of President Joko Widodo on Jan. 13 marked the start of the country’s mass COVID-19 inoculation program. Targeting 181.5 million Indonesians, or 67 percent of the total population, the Health Ministry is planning to reach its target in around 15 months. While the number is sheerly massive at a glance, it is relatively small in comparison to India’s mass vaccination target. Starting on Jan. 15, India plans to inoculate 300 million citizens in less than half the time frame (7 months).

By Jan. 21, India had managed to inoculate 1.04 million people. Turkey has also shown a similar achievement, inoculating 1.2 million out of the targeted 60 million people within a week since its vaccination program started on Jan. 14. While the Indonesian program is certainly ambitious, progress has been slow: As of Feb. 3, only 596,000 out of the targeted 1.5 million health workers had been vaccinated. India has one of the most ambitious vaccination targets and has proven its capability to swiftly reach 1 million inoculations in just one week.

As to how India was able to achieve this result, we have to look back at their preparations before the arrival of its vaccine supply. Most of the currently available vaccines need to be stored at temperatures of 2-3 degrees Celsius, except for the Pfizer and Moderna vaccines, which require a storage temperature of minus 70 degrees. India uses the AstraZeneca vaccine, and so prepared cold chain logistics that allows ease of distribution and storage. It also trained a large number of health workers in vaccine administration using dummy shots to reduce human error when administering the real vaccine to recipients. Israel, which had vaccinated 14 percent of its population by the first week of January, is the leading example of a rapid COVID-19 vaccine rollout.

Israel used its experience from its annual flu vaccination campaigns to swiftly vaccinate the elderly. In the United States, which has the largest number of COVID-19 cases in the world, President Joe Biden issued an executive order using the Defense Production Act to ramp up production of vaccine components, masks and personal protective equipment (PPE). Vials, syringes and dry ice that are critical to vaccine distribution are the highlights of this order. While these examples may be applied to Indonesia, one thing that must be accounted for is the geographical condition of each nation. Indonesia is an archipelagic country that requires a combination of land, air and water logistics transportation to properly distribute vaccines while maintaining a low enough temperature to preserve them.

The government has stated its support for involving the private sector in inoculating employees. However, this is on the condition that the vaccine is free of charge. Many nations are also supporting private sector participation in their vaccination programs. For instance, Singapore’s OCBC Bank has rolled out its COVID-19 Vaccination Program for around 10.000 employees. In a different instance, private clinics in Brazil have acquired vaccines independently, as the government has been slow in presenting a national strategy. This points to the importance of private sector participation in independent inoculation programs to accelerate immunity among local communities. Nevertheless, there are also countries that have chosen to centralize their vaccination efforts.

The role of the private sector must not stop at administering vaccines to employees. Indonesia and many other countries are also pushing domestic pharmaceutical companies to produce their own vaccines. Public-private partnership should be another policy recommendation in order to bolster domestic production of health equipment, as well as to participate in vaccine distribution and administration. Social acceptance of vaccine products is one of the major obstacles of a mass vaccination program. Indonesia faces the same problems of vaccine hoaxes and misinformation spreading among people on social media.

A survey by Saiful Mujani Research and Consulting (SMRC) from Dec. 16 to 19, 2020 found that the vaccine acceptance rate among 1,202 respondents had dropped from 66 percent in early December to 56 percent. This shows that the government should increase public trust by disclosing any information on the vaccines while instructing the media not to mislead citizens by cherry-picking information. It seems that Indonesia must also reach out to community and religious leaders in order to encourage vaccination down to the grassroots level. In terms of vaccine availability, Indonesia must move swiftly by securing vaccine supplies and inoculating its targeted population. Building momentum in 2021 could be the key toward higher economy growth.

As our projection suggests, Indonesia faces three possible growth scenarios in 2021, ranging from 3.8 percent (pessimistic), 4.4 percent (moderate) and 6.2 percent (optimistic). These seemingly high scenarios are very much in line with those given by international agencies such as the IMF (4.8 to 6 percent), the World Bank (4.4 percent) and Fitch Ratings (6.6 percent). One thing for sure, these scenarios hinge on the mass vaccination program, since the economy lost its steam in 2020 due to COVID-19, not because of overheating. It is very different from previous periods of recessions or crises that were prolonged due to an overheated economy.

Failure to deliver the mass vaccination program in a timely manner will only lead to hysteresis, the very condition that will prevent the economy from reaching average equilibrium growth of the past. That said, the future course of the economy might be entangled in a prolonged COVID-19 crisis that will very much compromise the government’s goal to avoid the middle income trap.