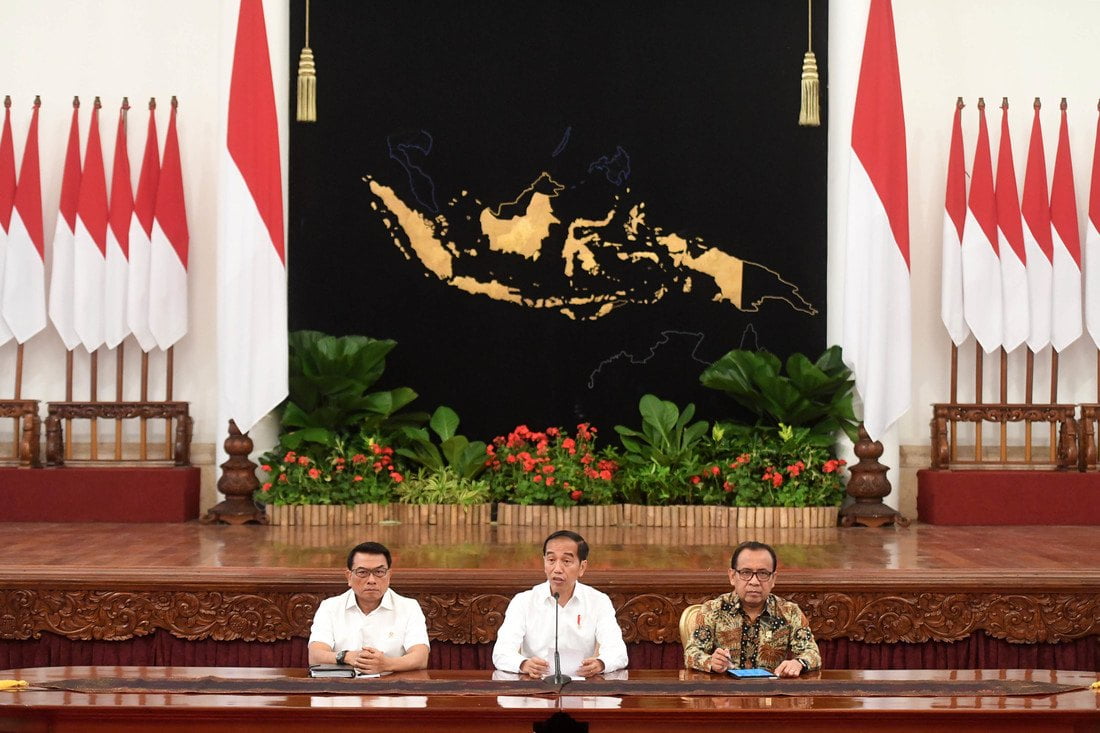 Three months after Joko “Jokowi” Widodo  won a second term as president, the Corruption Eradication Commission (KPK) has been all but destroyed by powerful and corrupt politicians who had good reason to fear it.

Although Jokowi was supported by many liberal democratic activists because of his promises(link is external) to strengthen the corruption watchdog, in the end he played a significant role in contributing to its demise.

The destruction of the KPK on Jokowi’s watch happened because of a widespread and misguided belief that he has the interests of the wong cilik (ordinary folk) at heart and represents new hope for the betterment of Indonesian democracy. This has led many civil society activists to continue to blindly support Jokowi, even when he has displayed authoritarian tendencies, including in this attack on the KPK.

The KPK has withstood several attempts to cripple it over the past decade but has always been able to count on strong civil society and public support to save it. The difference now is that civil society is fragmented, not least because some activists continue to back the president no matter what. This makes it more difficult for civil society to build a consolidated movement in support of the KPK. That in turn has meant that corrupt and powerful elites have been able to collaborate to weaken the KPK and plunder state resources, with limited (or delayed) resistance from civil society and the public.

Looking back on Jokowi’s first term, his government has long had a poor track record when it comes to supporting the KPK. Although Jokowi did initially cancel Budi Gunawan’s appointment as National Police chief after the KPK named him a suspect in a bribery case, he soon after appointed Gunawan as head of the State Intelligence Agency (BIN). Jokowi has also done little to push for resolution of the attack on the KPK’s leading graft buster, Novel Baswedan, who lost an eye in an acid attack after he investigated many big cases linked to powerful politicians and Police Chief Tito Karnavian.

The gutting of the KPK illustrates the limits of institutional reforms in the face of Indonesia’s endemic corruption. A key reason why the KPK has been vulnerable to political interests that wish to undermine anti-corruption efforts is the politicised way in which new commissioners are appointed. The national legislature (DPR) selects new KPK commissioners based on a list of candidates nominated by an “independent” selection committee. But the members of this selection committee are appointed by the government – meaning that it is relatively easy for vested interests in the executive to influence the outcome of the selection process.

The committee recently appointed by the government to select new commissioners for the KPK is typical of weak government support for the anti-corruption agenda. Although there were a number of civil society activists on the selection panel, they have close ties to the corrupt police institution. As a result, candidates with poor track records in fighting corruption were able to survive the selection process. In the end, the DPR selected controversial police general Firli Bahuri to lead the agency from the shortlist provided by the committee, even though he had been accused of committing “gross ethics violations” when previously serving at the KPK.

Despite this disappointing selection process, many scholars and activists have continued to devotedly support the government, arguing that the new commissioners were the best composition to address the so-called “Talibanisation” of the KPK. These pro-Jokowi academics and activists have perpetuated the dubious narrative that the KPK has somehow been infiltrated by Islamists. This narrative ended up obscuring fundamental issues about the controversial commissioners and was a factor in fragmenting public support for the KPK.

Jokowi also helped smooth the way for the legislature to revise the KPK Law. The Constitution allows the executive to agree or disagree with proposals to revise laws put forward by the legislature. But despite protests from civil society, Jokowi’s government was willing to approve controversial revisions to the KPK Law that will strip it of independence and dramatically weaken corruption eradication, for example, by restricting its power to conduct wiretaps, searches and seizures and creating an oversight board to monitor its activities.

But in the face of growing public backlash to the approved revisions, Jokowi held a press conference on 13 September where he disingenuously claimed the government rejected the revised provisions proposed by the legislature. In fact, the proposed revisions were initiated by legislative members from parties in Jokowi’s ruling coalition. What’s more, many of the issues that Jokowi supposedly rejected did not actually appear in the proposed revised law.

It is difficult to interpret this press conference as anything other than an attempt to confuse the public, misleading them into thinking the government was on their side and defending the KPK against the legislature’s attempts to weaken it.

Amid this confusion, the government even claimed that revising the KPK Law was intended to strengthen the KPK. This was a narrative blindly supported by Jokowi’s allies in civil society, despite the overwhelming evidence to the contrary.

Some members of the government attempted to justify the revision by reproducing the familiar narrative that KPK has become a “super body”, and saying that its wiretapping powers violated human rights principles. Several activists also supported this narrative by arguing that KPK violates privacy in undertaking wiretapping and operates without democratic control – concerns that are in line with the interests of corrupt politicians.

It is time to stop seeing Jokowi as a “good person” attempting to defend democratic governance from the actions of more powerful elites. Jokowi’s main contribution to the KPK debate was to confuse the public by promoting a false narrative about his motivations, a narrative that was backed by his civil society supporters, resulting in a fragmented and weakened civil society defence of the KPK.

Seeing Jokowi as a “good person” distorts our understanding of many of the problems created by the government. There is now ample evidence that he represents no obstacle to the predatory elites attempting to corrupt the reform agenda.

Rafiqa is a lecturer at the Faculty of Law at the University of Indonesia.

Abdil Mughis Mudhoffir is a PhD candidate at the Asia Institute, University of Melbourne.