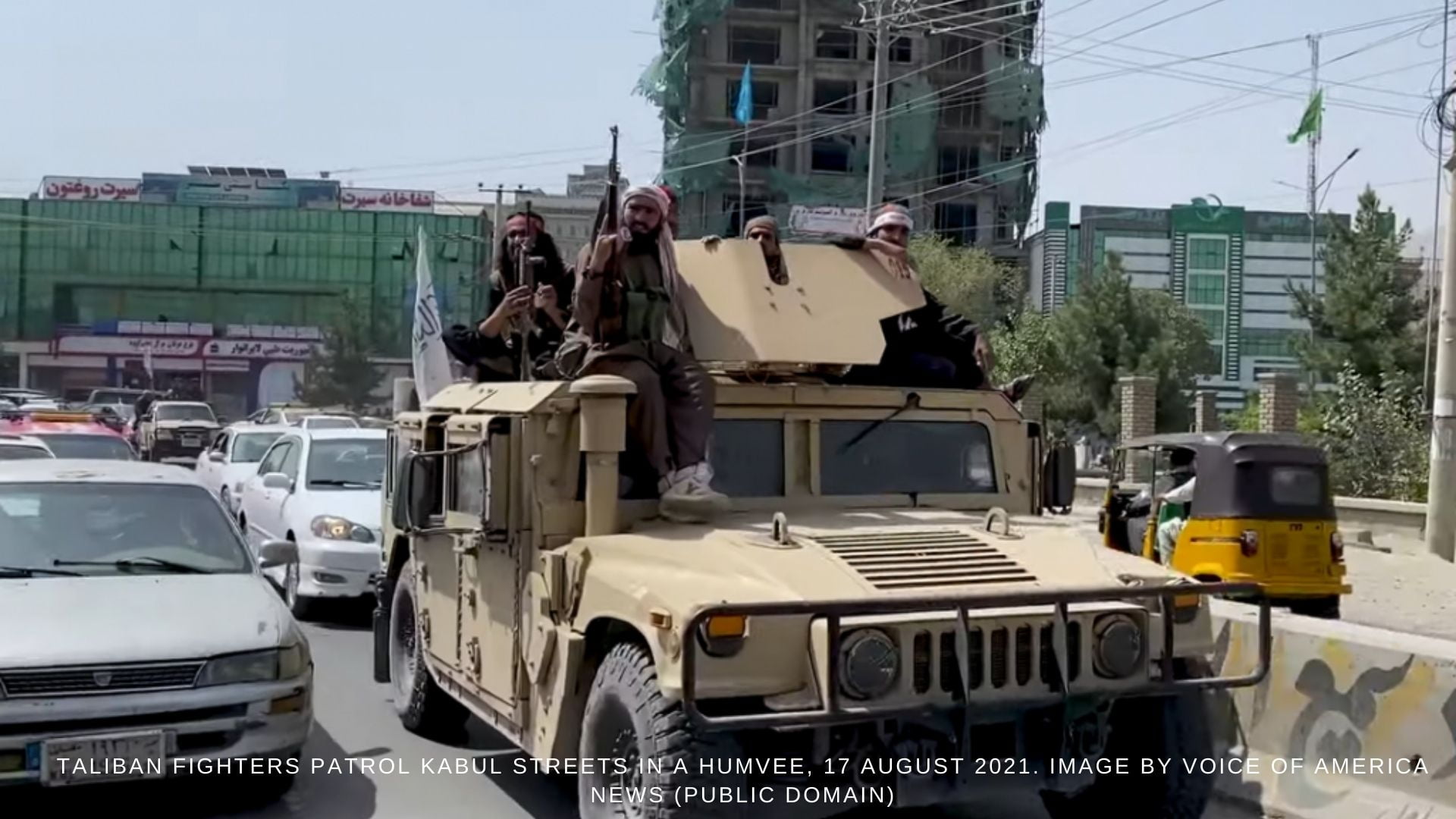 In the Indonesian Islamist extremist landscape, support for the Taliban—as it seeks to restore the Islamic Emirate of Afghanistan following the US’ withdrawal from the country—has mainly accrued from groups and individuals that have followed Al-Qaeda’s (AQ) stance in rejecting the legitimacy of the now defunct “caliphate” declared by the Islamic State (IS) in Syria and Iraq in 2014.  Moreover, support for the Taliban in the Indonesian context has traditionally been closely associated with the support for AQ, given the former has provided sanctuaries for AQ for several decades. As such, how will the Taliban’s takeover of Afghanistan be interpreted by Al-Qaeda supporters in Indonesia? By extension, what are the security implications for the country?

The Indonesian pro-AQ camp consists of, among others, Majelis Mujahidin Indonesia (MMI), Jama’ah Ansharusy Syariah (JAS) and Jemaah Islamiyah (JI), all groups which have aspired to establish an Islamic state in Indonesia. Their loyalty to AQ, and by extension, the Taliban, is evident from the content posted on their respective affiliated websites and publications. In 2007, Arrahmah Media, linked to MMI, published a translated book titled The Giant Man: Biography of Mullah Umar. The book, an ode to the Taliban leader who founded the Islamic Emirate of Afghanistan, is currently still sold on several e-commerce platforms in Indonesia. Based on our observations, the groups’ affiliated websites have also regularly provided updates on the progress of the Taliban over the decades.

Following its recent takeover, JAS was the first pro-AQ local extremist group to officiallycongratulate the Taliban. In fact, JAS’ public lauding on its official website of the Taliban’s territorial successes stretches back to March 2020, when it congratulated the Taliban on its “victory” in the high-level peace talks held in Doha in February 2020, that led to the US’ commitment to a military withdrawal from Afghanistan. JAS also congratulated the people of Afghanistan, who it claimed would soon enjoy the liberty and freedom of living under Islamic law (Sharia).  Following the Taliban’s takeover of the capital Kabul, JAS again lauded the group, encouraging Muslims around the world, including in Indonesia, to celebrate its victory.

Research by PAKAR, an Indonesian NGO that studies terrorism, has also revealed that some pro-AQ former terrorist inmates have been staunch supporters of the Taliban in recent years.  They have kept themselves updated on the progress of the Taliban’s military operations and recently re-circulated congratulatory messages from AQ affiliated groups—Hay’at Tahrir al Sham (HTS) of Syria and Al-Qaeda in the Arabia Peninsula (AQAP), based in Yemen—heralding the Taliban’s success in retaking Afghanistan.

Euphoria over the Taliban’s “victory” is also apparent in the online discourse of pro-AQ groups in Indonesia, which has suggested the Taliban should unite Muslims around the world and establish a global caliphate, including conquering the capital cities London and Washington. In the Indonesian context, there were some online suggestions to unite the jihadists under Daulah Islam Sumatra (an Islamic State of Sumatra).  There were also suggestions the Taliban should open a “branch” in Indonesia, and assist in the establishment of an Islamic state in the country.  Meanwhile on the ground, some Islamist elements in Poso, Central Sulawesi, such as supporters of the banned Front Pembela Islam (Islamic Defenders Front/FPI), and ex-combatants from the Poso communal conflict in the early 2000s, have called on Muslims to pledge their allegiance (bai’at) to the Taliban.

In contrast to the exuberance of the pro-AQ Indonesian elements, the International Centre of Political Violence Research (ICPVTR) data suggests the pro-IS camp in Indonesia has repudiated the Taliban takeover as a “victory”. It has labelled the Taliban as murtad (apostates) and being pro-Shia and pro-US, in addition to being antagonistic towards IS Khorasan, an IS affiliate based in Afghanistan. PAKAR’s research shows some supporters of pro-IS groups, the Jamaah Ansharud Daulah (JAD) and Jamaah Ansharul Khilafah (JAK), assert that the Taliban is a thaghut (tyrant Muslim state that does not enforce Sharia) as its emirate is premised on the concept of a nation-state (nationalism), and thus has deviated from the teachings of AQ founder Osama bin Laden.  Such reactions are to be expected, as IS supporters still long for the restoration of the group’s now defunct “Caliphate”.

The support from Indonesian extremist networks for the Taliban has several security implications.  First, the success of the Taliban may re-energise the Indonesian pro-AQ groups in pursuing their long-held strategy, which combines non-military (social and political) and military (armed jihad) elements.  In the past decade, the aforementioned Indonesian groups have conformed to a long-term strategy that seeks the establishment of an Islamic state in Indonesia.  The non-military element primarily entails winning the hearts and minds of local communities through social activities (dakwah/religious outreach, charities, education) and active involvement in the political realm. The latter aims to introduce sharia into the Indonesian political and legal system (by participating in elections, rallies, as well as lobbying the government and parliament on Islamic issues).

The military element is manifested in abstaining from plotting attacks within the country (for JI, this was especially the case when Para Wijayanto led the group from 2009 to 2019), while at the same time discreetly sending their members to gain military experience in Syria as part of their i’dad programme (military training).  JI, the group with the most serious military preparation, believes that jihad should be waged when it is militarily ready and has the support of the community; all of which requires patience. In a critical difference, patience has been a source of contention between the Indonesian AQ and IS elements.  Those who are not patient are typically associated with the latter whose networks have preferred random attacks in Indonesia with little preparations.

Second, some pro-AQ individuals have emerged to express their intention for hijrah (migration) to Afghanistan so as to receive training from the Taliban and to use such skills to establish an Islamic state back in Indonesia.  If this materialises, it will pose a serious security threat to Indonesia in the long term as returning jihadists will be more emboldened by their Afghan training, in a similar way that the old JI Afghan alumni network in the 1980s and 1990s.

Third, the Indonesian jihadists may copy and implement Taliban’s strategy and tactics—as described in the latter’s tradecraft manuals (such as guerrilla tactics) circulated in the Indonesian online domain—although such prospects remain remote.  Almost a decade ago, the Taliban’s 12-page manual titled “The Islamic Emirate of Afghanistan: The Prison Break: How to Turn Fantasy to Reality” was translated into Indonesian and posted in several Indonesian extremist websites in 2012. This manual might have inspired Fadli Sadama, the commander of Kumpulan Mujahidin Indonesia (KMI) – a branch of JI in North Sumatra led by Toni Togar – to mastermind a jail break in Medan in July 2013. A total of 218 inmates, including 15 terrorists, fled from prison then.  Fifteen prison officers were also briefly taken hostage.  The incident resulted in five casualties including two prison wardens.

Currently, it does not appear that the Taliban’s latest tradecraft manuals have been translated into Indonesian.  The lack of such translated manuals may be a sign of current weak enthusiasm to implement the manual in the Indonesian context, but it may be a matter of time before such translations appear. How these translated manuals are eventually utilised may impact on the future strategy and tactics which the pro-AQ camp would adopt in Indonesia.

The pro-AQ elements’ general celebration of the Taliban takeover is not unqualified. As the Taliban transforms itself into a governing authority and seeks international recognition, Indonesian pro-AQ groups could possibly reject some of the potential political compromises that the Taliban will have to make along the way. Our online observation shows that individuals in this camp have questioned the Taliban’s efforts in seeking alliances with China, Russia, and Iran, all of which the pro-AQ camp also deem as enemies of Islam, along with the US and its allies. Furthermore, they have also dismissed reports on various concessions the Taliban has apparently made with these countries.

Overall, however, the pro-AQ groups in Indonesia will likely continue to be inspired by the Taliban’s “success” and remain committed to their own long-term goal of setting up an Islamic state in Indonesia.  This means they may not be inclined to conduct attacks in Indonesia for the time being, with the exception of some rogue elements within JI who lack patience and have plotted attacks in parts of the country recently.