Stronger ties with Indonesia will be critical post Covid-19 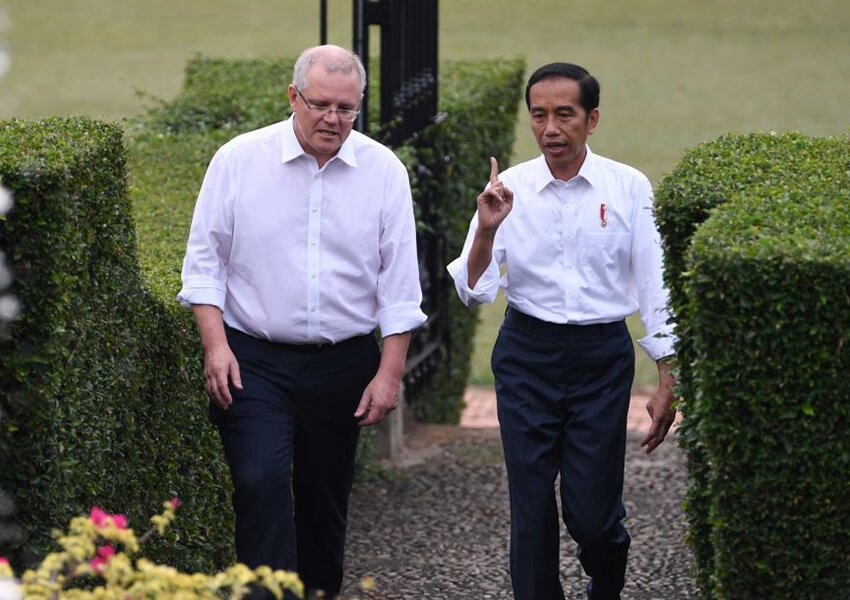 Two critical issues now facing Australia, due to the Covid-19 pandemic, are firstly our deteriorating relationship with China, and secondly the USA and it’s chaotic political leadership during this crisis, and the dramatic economic implications.

In this environment, Australia’s relationship with Indonesia, and also India, needs to be embraced and strengthened now.

What complicates this important strategic objective is Australia’s relationship with Indonesia comes at a time when our northern neighbour faces both a health and economic calamity far greater than in Australia, and one that potentially could lead to financial upheaval and also political and social instability.

As of yesterday Indonesia had recorded  9,511 Covid-19 cases and 773 deaths, but these official numbers have been derived from a testing rate of around 200 per one million people; compared with many nations including Australia, with testing rates around 6,000-10,000 per million citizens. The conclusion can fairly be drawn that Indonesia is just at the beginning of its long battle with Covid-19 and its frightening economic consequences. A death rate of more than 250,000 people is a real possibility.

Meanwhile, as millions of Indonesians find themselves out-of-work, President Jokowi has announced a financial safety-net for those who need urgent government support. But with 100 million people earning less than $2.00 per day, trying to support all of Indonesia’s citizens affected by the economic fall-out is near impossible. In the province of West Java for example, that is home to 45 million people, only 2,500 citizens have so far received any government welfare payments.

Indonesia desperately needs financial and medical support, but with Australia focussed on our own Covid-19 issues – and with our Department of Foreign Affairs battling to repatriate thousands of Australians still stranded overseas – there has been little time to consider the needs of our giant neighbour.

In the past two weeks, Australia has recalled Gary Quinlan, our highly respected and experienced ambassador to Indonesia, for genuine health reasons. The message unfortunately, was seen as Australia wanting to abandon Indonesia in their time of need, along with most Jakarta-based journalists including those from the ABC, Fairfax and News Limited. The ‘abandonment’ view is incorrect, but at present perceptions are everything.

China has already indicated it is ready to ‘rescue’ Indonesia, along with plans to re-instate tourist flights to Bali as early as June. Fortunately for Australia, offers of help from China are often greeted by many Indonesians with scepticism due to a long-standing distrust and suspicion of ethnic Chinese.

In a post Covid-19 world, Australia will need to build on our current extensive, yet shallow, relations with Indonesia. We will need to substantially increase our military and border protection ties, including joint patrols, whilst resisting the temptation to reduce foreign-aid as part of our own budget repair mission, and to use these funds to build capacity within Indonesia’s public service administration, policing, health and security sectors.

The recently concluded trade agreement, known as IA-CEPA, provides a significant opportunity for a closer and stronger business and trade relationship with a focus on partnerships between our two countries that can include agriculture, services, education, infrastructure and health. It must be implemented as a matter of priority

Australia nor Indonesia can deal with a recalcitrant China alone. We need these ‘strangers next door’ like never before as along with India, Indonesia will be critical for not only our own economic progress, but importantly our regional security and stability.

Australia has been good with the rhetoric about our relationship with Indonesia. ‘Less Geneva, more Jakarta’, may soon need to become, ‘A bit less Beijing, and a lot more Jakarta’, and this pandemic is surely going to test the sincerity and depth of these words, and also our mutual commitment to each other.

Ross B. Taylor AM is the president of the Perth-based Indonesia Institute Inc.