‘Strangers next Door”: Can these two neighbours ever ‘hit-it-off’? 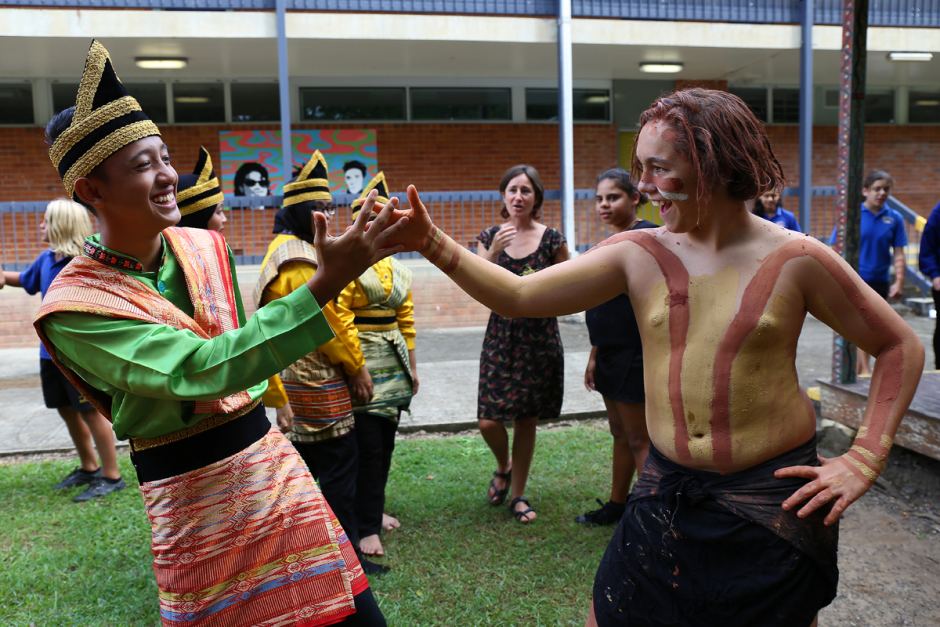 The missed chances of history.

Long before the First Fleet arrived from Great Britain to colonize Australia in 1788, Makassans already knew of the Great South Land.

They regularly sailed to its northern shores, staying for about six months collecting and drying the edible trepan sea slug for export. Then they left for their homeland — sometimes taking Aboriginal wives.

Had they explored further and settled, Terra Australis might now be part of Indonesia Raya (Great Indonesia).

Instead we have two widely differing cultures and value systems squashed so closely they are interdependent yet wishing otherwise — not the basis for a good marriage.

Melbourne University professor Tim Lindsey is co-editor with Dave McRae from the same campus of Strangers Next Door?

Lindsey is a rarity — a scholar who keyboards with journalistic directness. His favorite tag is “The Odd Couple” of Southeast Asia. Though a bit dated for Netflixers (the Neil Simon play and film go back half a century) it’s handy shorthand.

Former editor-in-chief of The Jakarta Post Endy Bayuni, one of six Indonesian contributors, is a mite more expansive: The two nations’ “relationship has been defined more by what separates them than by what unites them, especially in recent years”.

Australians see their involvement as a human-rights triumph, Indonesians as a sinister plot to fracture the “Unitary State”.

If only that was the sole irritant. The fatuous phone-taps on Susilo Bambang Yudhoyono, the one president who genuinely liked Australia, haven’t been forgotten. Nor has the gross misstep by former prime minister Tony Abbott linking the 2004 Aceh tsunami aid to failed pleas to save two reformed Australian drug runners from execution.

Central to so many clashes is the clumsiness of Australian leaders and their inability — or wilful refusal — to see things from another perspective. And when they try they become sycophants.

On the other side Indonesian politicians can be over eager to play the racism and colonialism cards, telling electors they are victims, their problems made by outsiders.

Michael Bachelard spent three challenging years in the archipelago reporting for Fairfax Press. He was told by a President Joko “Jokowi” Widodo adviser that Australian journalists were “too aggressive, too blunt in our language, too critical and prone to sensationalism”.

This image, unfair to the now foreign editor for The Age “who had grown to love Indonesia and its people” kept him out of the Palace while colleagues from the United States, the United Kingdom and the Middle East got access to the President.

Why should the third-largest democracy (after the US and India) have such hang-ups about a neighbor that supported Indonesia’s independence from Dutch colonialism and until recently was a major aid donor?

There are plenty of historical explanations: Founding president Sukarno’s dabbling with Russia when the advance of communism was terrifying the West, led to failed regime-change attempts by the United States, and Indonesia’s ill-fated Konfrontasi challenge to independent Malaysia defended by Commonwealth troops.

More up-to-date is Lindsey’s “Bad News” list of Australians getting in trouble on Bali and how this affects bilateral relations.

It could all be grim but the question mark in the title suggests hope. Professor David Hill’s Australian Consortium for In-Country Indonesian Studies shows what can be done by a determined individual and a handful of true believers.

University cooperation between Flinders (in South Australia) and Gadjah Mada in Yogyakarta is another example of doers elbowing naysayers aside.

The final chapter highlights the benefits of youth programs. All worthy, but only eight considered and so small they’re dust flecks on the mountain of need.

Although the Indonesian population is skewed to the young (40 percent is under 25) the power brokers are still last century’s oligarchs. They also control the media.

Threatening the relationship is the future of Papua. Melbourne academic Richard Chauvel writes that while Australia has “the most interest in a peaceful resolution” policy has been “immobilized” by Indonesian “paranoia” about Australia’s intentions.

The independence activists working out of Australia are not supported by the government; Indonesians with limited understanding of democracy can’t fathom why the peaceful stirrers aren’t arrested.

This book has been published in the UK by a legal-book publishing company. The cover price of £90 (US$126, Rp 1.7 million) guarantees it won’t reach those who would benefit most.

The fact that top academics like Lindsey and McRae couldn’t excite a local publisher proves the point made by many contributors — Australians are indifferent to the people next door and only see them as a market for wheat and beef.

Nasty — but a reality bounce when the ASEAN conference in Sydney generated so much banquet-talk about warming ties. Though desperately needed these won’t come without robust but respectful exchanges.

Relationships just bob around, almost directionless. The ocean is currently calm. That’s temporary. More understanding, port and starboard, is needed to weather the inevitable storms. This book provides some ballast.

___Duncan Graham is a well-know and respected journalist based in East Java.___Strangers Next Door?