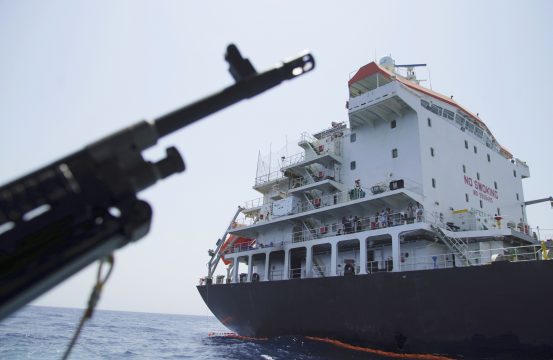 A ramming incident on 27 April involving a Vietnamese fisheries surveillance vessel and an Indonesian naval vessel near Indonesia’s Natuna Islands highlights the risks of escalation in competition over fisheries in the South China Sea. But it should also be understood in the context of broader strategic dynamics in the Indo-Pacific, where ASEAN unity is being tested and tolerance for ‘grey zone’ maritime operations appears to be lessening.

The level of tension evident in footage taken by the Indonesian Navy of the ramming is palpable and highlights the potential for such incidents to escalate into an armed clash. Indonesian personnel can be heard yelling a series of expletives as the Vietnamese vessel deliberately runs into the port side of Indonesian corvette KRI Tjiptadi to deter its seizure of Vietnamese fishing boats.

During the first term of President Joko Widodo, Indonesia has taken a much harder line on illegal, unreported and unregulated fishing in a policy led by Maritime Affairs and Fisheries Minister Susi Pudjiastuti. In a hierarchical and male-dominated political culture, Susi isn’t known for her deference to more senior cabinet colleagues or, indeed, members of the judiciary.

In a tweet following the collision, Susi challenged both the attorney-general and the head of the supreme court to dispense with the auctioning of seized vessels and called for their mandatory destruction. She then proceeded with the destruction of 51 vessels, most of them Vietnamese, on 4 April.

Susi’s uncompromising position on Indonesia’s territorial and resource sovereignty has made her very popular with the Indonesian public, likely securing her another cabinet position in the second term of a Jokowi-led government. Indonesia’s tough approach to defending its maritime sovereignty looks set to continue and will possibly be strengthened, with a significant increase to the country’s defence budget also mooted.

A series of incidents in 2016 led to rare public condemnation of Beijing by a number of Indonesian ministers and an official diplomatic protest. In the months following, Jokowi led a cabinet meeting aboard Indonesia’s fast missile corvette KRI Imam Bonjol, which had been involved in the ‘visit, board, search and seizure’ of a Chinese fishing vessel near the Natuna Islands. In a symbolic confirmation of Indonesia’s resolve to safeguard its territorial integrity, the corvette’s weapon’s systems were displayed prominently in media coverage.

The wider significance of the Indonesia–Vietnam ramming incident, however, lies not so much in the bilateral relationship between Indonesia and Vietnam as in the broader implications for ASEAN cohesion and changing rules of engagement between military and paramilitary vessels in the Indo-Pacific.

Maritime clashes between two key ASEAN member states—Indonesia and Vietnam—that have official and unofficial territorial disputes with China only serve to further undermine ASEAN’s ability to present a unified position against Beijing on critical South China Sea issues. Indeed, the provocative actions of the Vietnamese surveillance vessel appear to be straight out of Beijing’s playbook. It’s not a good look for ASEAN. If member states are at odds with one another at sea they risk further losing leverage in their negotiations with China over a South China Sea code of conduct, the objective of which is to secure Beijing’s agreement to abide by established rules and norms in the maritime domain.

In examining the video evidence of highly agitated Indonesian Navy personnel responding to what they perceive as a hostile act, the implications of a recent US announcement that it will apply military rules of engagement to Chinese paramilitary vessels involved in coercive acts has greater resonance. The warning by US Chief of Naval Operations Admiral John Richardson to his Chinese counterpart in January conveyed the Pentagon’s resolve to treat coastguard and maritime militia the same as the Chinese Navy: ‘I made it very clear that the US Navy will not be coerced and will continue to conduct routine and lawful operations around the world in order to protect the rights, freedoms and lawful uses of sea and airspace guaranteed to all’, Richardson said.

The announcement reflects a hardening of the US’s policy position on China generally. But if emulated by other Indo-Pacific states, it has the potential to raise on-sea tensions markedly. The Jokowi government, distracted as it is by the post-election hiatus, will face critical decisions about the rules of engagement it should follow in defending its maritime sovereignty. Indonesia will require strong diplomatic leadership backed by effective interagency coordination to ensure that such maritime clashes, which are likely to become more frequent, don’t exacerbate tensions within ASEAN and undermine its ability to moderate major power tensions more broadly.

Greta Nabbs-Keller is a senior research associate at the Centre for Policy Futures and adjunct lecturer at the School of Political Science and International Studies at the University of Queensland. Image courtesy of Indonesian National Armed Forces Information Centre on Facebook.

Source by ASPI The Strategist