A new Australian prime minister flying to Indonesia to “reset” relations is now so routine it would probably raise hackles in Jakarta if it didn’t happen.

Prime Minister Anthony Albanese’s determination to go there as quickly as he could is therefore laudable – and necessary – if he wants to do better than the outgoing government in dealing with Indonesia.

But the visit is so essential because most previous “resets” have not lasted. The government-to-government relationship between Australia and Indonesia is a fragile one, easily broken when tensions arise. There are many differences – from history, religion, ethnicity, and language, to legal systems, political systems, global alliances, and strategic interests.

In fact, very few Australian governments in recent years have made it to the end of their term without a bust-up with Indonesia of some kind. This is not all Australia’s fault. Like Albanese, most Australian leaders since Paul Keating have accepted a strong relationship with Indonesia is critically important to our foreign policy.

But Indonesia is much less concerned about its neighbours – its relations with Singapore and Malaysia are equally bumpy – and that is unlikely to change any time soon.

Indonesia does not need Australia

Indonesia is a huge country of more than 270 million people and has the world’s largest Muslim population. It dominates ASEAN and this year is chair of the G20. If it returns to its pre-COVID levels of 5% annual economic growth, it will be back on track to be a top five economy by 2050. It is located across key air and sea lanes and will be strategically vital if conflict breaks out in the South China Sea.

Prime Minister Anthony Albanese has met with his Indonesian counterpart Joko Widodo, with the pair riding bikes together around the presidential palace.

Rightly or wrongly, this means Indonesians now see their country as a rising global player that can go it alone. Many will tell you that they don’t see why Australia deserves their attention. They see us as a low-ranked trade and investment partner more focused on the United States and United Kingdom than Southeast Asia.

And why wouldn’t they? Australia does not rank within Indonesia’s top ten trading partners. Moreover, the recent AUKUS agreement only served to reinforce the view in Indonesia that Australia will always put its relations with Anglophone countries ahead of those with its closest neighbours.

That is why the ritual reset visit by Albanese and Foreign Minister Penny Wong will not be enough to get Indonesia’s attention and build deep engagement between our countries.

Albanese is right to say he wants the relationship to be about more than symbolism and his announcement he will attend the G20 summit in Bali in November was a smart move. But rhetoric is not enough: everyone has heard it before and it rings hollow without action, and that means expenditure.

The prime minister’s new A$200 million “climate and infrastructure partnership” with Indonesia is good start – improving Indonesia’s patchy infrastructure is a project close to Jokowi’s heart.

Climate change is also a pressing concern for Indonesia. However, its record on efforts to reduce deforestation and emissions means there will be challenges. For example, in 2021, Indonesia terminated a US$1 billion (A$1.4 billion) deal with Norway aimed at preserving its forests.

What Albanese should do now

But there are other ways Australia can make meaningful investments in the bilateral relationship. There are plenty of proposals that have been kicked about for years and are well known to policymakers in Canberra. They need to be acted on now. Here are just five:

Indonesia is understandably hostile to any attempts to use aid as leverage, but the once-generous programs we ran in Indonesia did provide us with extraordinary access and respect in Jakarta.

This has been diminished by savage cuts over the past decade. And there is real need. Indonesia may be an emerging middle-class country but it has tens of millions still living in poverty, an inadequate social safety net, and a struggling health system. While the amount of aid Australia can offer will always be tiny compared to Indonesia’s budgets, our aid can help Indonesia test new approaches, and ensure its most marginalised communities are not left behind.

The new Labor government has promised an extra $470 million of aid over four years for South East Asia. A significant portion of this needs to be committed to Indonesia.

Despite the occasional problems in the government-to-government relationship, there are strong people-to-people links in the arts, education, academic, and community sectors that create cohesion in the relationship. They need to be increased ten-fold or more up to have real impact, and that will mean returning the funding stripped out of soft diplomacy over the last decade, tripling it and then some.

The Australian embassy in Jakarta is a fortress, closed to the public. Australia needs an accessible place where we can showcase our arts and culture, with theatres, cafes, libraries, and where Indonesians can get information about education and business in Australia in a casual, welcoming environment. European countries on the other side of the globe like Germany and the Netherlands have set these up in Jakarta – it is crazy that we have not.

4. Make it easier for Indonesians to visit

Australians can get a visa on arrival in Indonesia but even Indonesians wanting to visit Australia on a tourist visa face an expensive, complicated and demeaning application process. This means few make it here. We need easy-access, cheap visas for Indonesians, including for working holidays.

And as we try to wean our education sector off China, we need to make it much easier for Indonesians to study here. We already offer scholarships to study in our universities, and Albanese’s announcement of ten more is good news, but it is a drop in the ocean.

Much has been written about the collapse of Indonesian studies in schools and universities in Australia. The number of Australians with language skills and deep knowledge of the country is now tiny, even though we need a pool of Indonesia expertise to engage effectively.

The lessons of the Keating and Rudd programs on Asian languages in schools are clear: only funding support can revive Indonesian studies. Keating did it with the equivalent of about $100 million annually, but Rudd’s $20 million per year was not enough.

Albanese has announced support for the The Australian Consortium for ‘In-Country’ Indonesian Studies  – a program that gives Australian university students chances to study and complete short courses in Indonesia. But that is nowhere near enough to fix the lack of language expertise. Albanese must dig deeper.

A longer-term challenge is implementing the long-awaited free trade agreement with Indonesia, the Indonesia-Australia Comprehensive Economic Partnership, which Albanese has made a focus of his visit, bringing with him a large delegation of Australian business leaders and Trade Minister Don Farrell.

There are no quick fixes here. Australian businesses are very nervous about investing in Indonesia. Although big profits are possible, setting up in Indonesia is complex and expensive, and they don’t trust the Indonesian legal system to protect them, especially against Indonesia’s powerful oligarchs.

While Australian businesses are perhaps too cautious, Indonesia also has a lot of work to do its reform its systems before it can expect Australian businesses to help it meet its ambitious and elusive foreign investment targets. The free trade agreements needs to be a priority for both countries.

So, while Albanese and Wong’s meetings in Jakarta matter, they are just the start of the work needed for deeper engagement with Indonesia. And without a real budget commitment to back that up, we can expect things to revert to the usual stalemate soon enough – at least until the next new prime minister gets on the plane to Jakarta again.

First Published 06 June 2022 in The Conversation 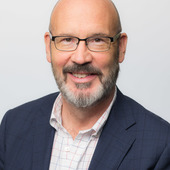 Malcolm Smith Professor of Asian Law and Director of the Centre for Indonesian Law, Islam and Society, The University of Melbourne 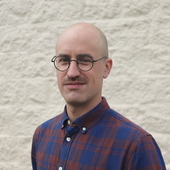 Associate Director, Centre for Indonesian Law, Islam and Society, The University of Melbourne