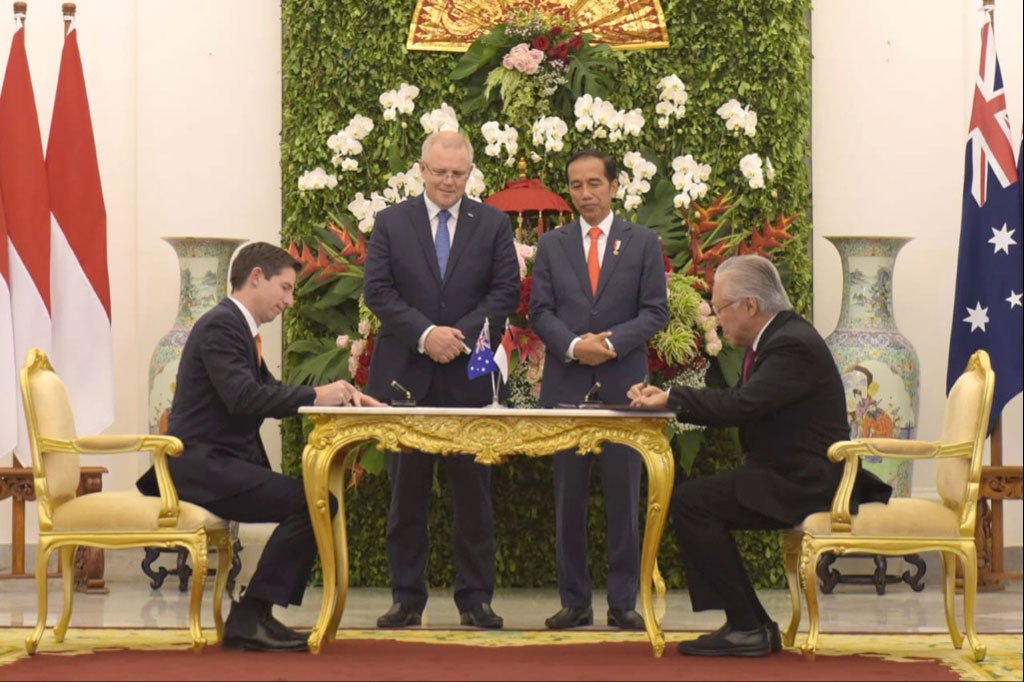 As the April school holidays commence throughout Australia, thousands of families and individuals will turn their focus north to our favourite holiday destination; the Indonesian island of Bali. And apart from our Bali holidays there is little many of us know, or care, about the rest of Indonesia.

Yet right in the middle of these Australian school holidays, a relatively unheard-of event of truly massive proportions will take place throughout Indonesia, as over 193 million Indonesian citizens head out on just one day to vote for their next president, their next national and state legislature and also to elect members of over 400 local councils.

Just consider the logistics that are being actioned now, as a lead-up to the17th April:

There will be 245,000 candidates seeking ‘only’ 20,000 seats. There will be 800,000 polling stations to accommodate voters, of which 100 million will be under 35 years of age. Over 300,000 officials supported by six million electoral workers will assist voters on the day. Every person will have their hand stamped once they have cast their vote to ensure no-one is able to vote more than once. This will require 1.6 million bottles of halal-certified black ink.

This one-day election, according to The Lowy Institute, will be one of the biggest and complex democratic elections in global history, given that India holds its election over almost six weeks.

The election process will decide the officials who will lead our giant neighbour for the next five years, during which time Indonesia’s economy will become bigger than here in Australia, the military capacity will be greater, and their population will move towards 300 million people with a fast-growing middle-class and over 100 million Millennials under 35 using social media and the internet to communicate, travel and buy products and services.

So what are the implications of these elections – including the election of a new Indonesian president – for Australia? The current president is Joko Widodo, commonly known as ‘Jokowi’, and he is seeking a second term. His relationship with Australia’s current prime minister, Scott Morrison, is hardly warm thanks to his ill-conceived Jerusalem Embassy idea, that left Jokowi and his ministers feeling angry and betrayed due to a lack of thought and consultation from Australia.

Notwithstanding this ‘bump’ in the bi-lateral relationship, Indonesia was keen to complete the long drawn-out free trade agreement, known as IA CEPA, that was signed early last month. The agreement will open huge opportunities for both nations, and for Australia the big winners will be in agriculture, education, marine services, health and technology.

But this trade deal must be ratified by the parliaments of both nations which will be home to many  new Members following the national elections in both countries that will be finalised by the end of May.

Australia needs Jokowi to remain in power, not only to consummate the trade deal, but to provide ongoing continuity with the bi-lateral relationship at a time when the region needs stability and strength in areas including anti-terrorism, defence – including how we jointly deal with a far more aggressive China – policing and people smuggling.

Jokowi’s opponent, is a former Leutenant-general of the Indonesian National Armed Forces, Prabowo Subianto, who would bring a high-degree of uncertainty to the region if elected.

Prabowo was dishonourably discharged in 1998 during Indonesia’s political crisis, due to allegations of human rights abuses that included his troops kidnapping and torturing at least nine democracy activists during the overthrow of the then president Suharto. In 2000 Prabowo was banned from entering the USA.

Despite his poor record the would-be-president who speaks English fluently, and who can – if it suits him – be very charming, would be much more at ease in discussions with Western leaders than Jokowi. He, and his ‘rock-star’ running mate Sandiaga Uno have been gaining in popularity amongst the Millennials in recent weeks, and also from older people longing for a return of the ‘disciplined days’ of President Suharto.

What an unlikely Prabowo presidency would mean for Australia is unknown, but what we do know is with Prabowo’s populist-authoritarian push, that has forced Jokowi to embrace the hard-right Islamic factions – and in turn placing pressure on issues such as the treatment of minority groups, democracy, human rights and pluralism – the bi-lateral relationship with Australia is facing a major change in the years to come, including to the lives of almost all of the Aussie holidaymakers sitting on the beach in Bali over these school holidays.

(Ross B. Taylor is the president of the Indonesia Institute Inc.)

-The statistics used in the this article were kindly provided by The Lowy Institute through their blog, “The Interpreter”.

The original and edited article by Ross B. Taylor was published as an Opinion piece in The West Australian Newspaper on Tuesday 9th April 2019