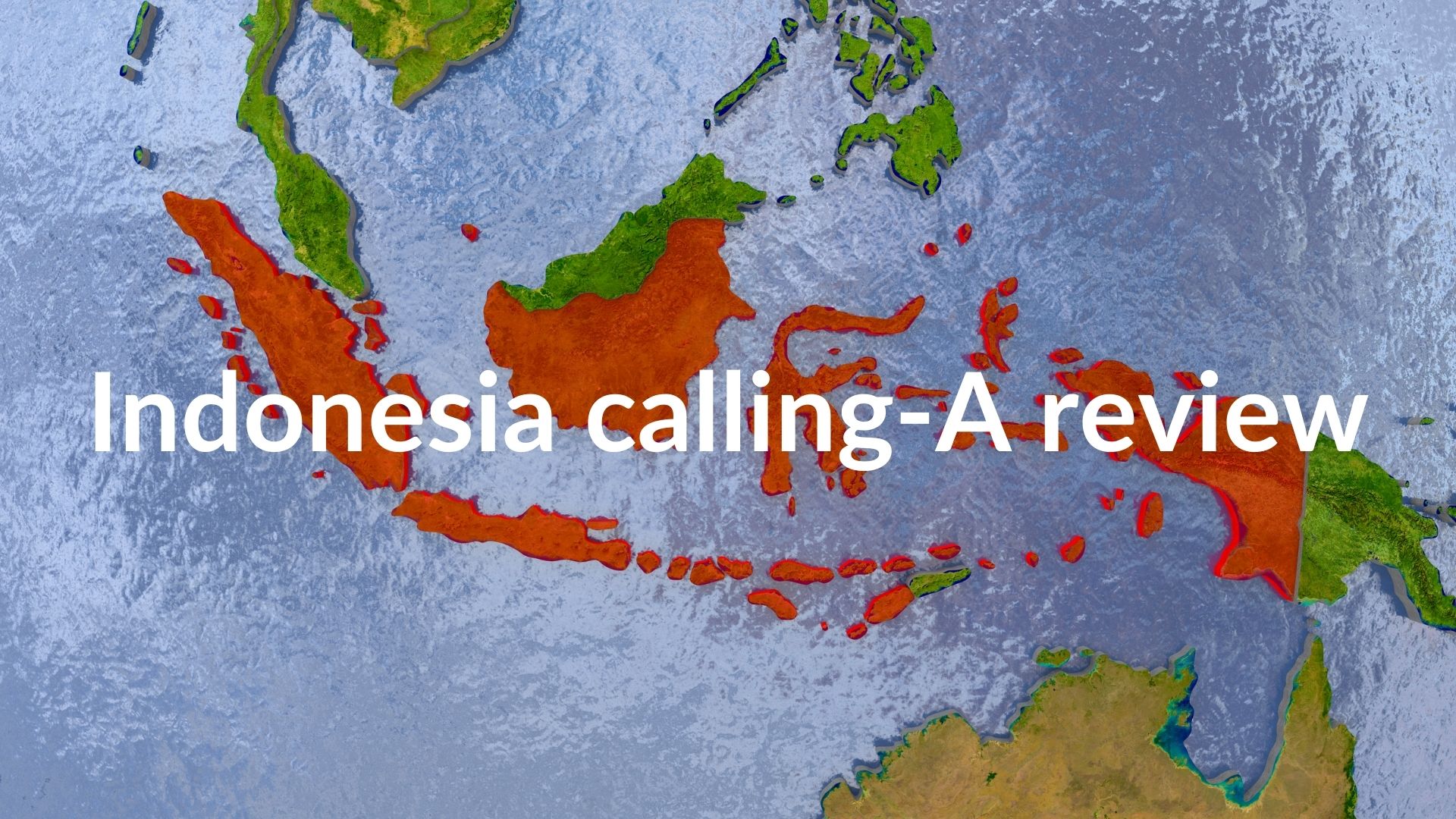 All countries recall particular years that mark significant national events. For the US, there is 2001 when the World Trade Center was attacked and destroyed. For Australia there is 1975 when the elected Labor government of Prime Minister Gough Whitlam was dismissed by the governor-general. For Indonesia there is 1965 when General Suharto instituted military rule.

However, every country of the world will recall 2020 as a year of national significance. The coronavirus has affected the life of every person on the globe. There have been virtually identical immediate effects for everyone, including the wearing of masks, social distancing and being “locked down”, not to mention the overriding fear of catching the virus. Globally, there has been a sudden feeling of precariousness, often stemming from a significant interruption to ways of earning one’s living.

Given particular local cultures and governmental responses, the ways this wholesale disruption of life has played out in each society have differed greatly. These significant differences will soon be reflected in the cultural expressions of each society. Perhaps the world’s first such documentation has been achieved by an innovative project: Indonesia Calling 2020.

The project invited some of Indonesia’s leading artists to create, within a matter of months, artworks to express and reflect on the way their society and their lives have been changed by Covid-19. They were given free rein as to how they might express themselves, and the stunning diversity of the artwork reflects the myriad ways Covid has affected daily and artistic life in Indonesia. A tight time frame was given to the artists due to their artworks needing to be physically available for the exhibition’s opening in Sydney on 31 October 2020.

The name of the project, Indonesia Calling 2020, echoes Indonesia Calling, the 1946 Australian film directed by Joris Ivens and produced by the Waterside Workers’ Federation. The film was instrumental in alerting the world to Indonesia’s 1945 Declaration of Independence and its determination to resist re-occupation by the Netherlands.  John Cruthers, whose Sydney art gallery, 16albermarle Project Space, specialises in Southeast Asian art, took the first concrete steps to bring to reality an idea that had been considered by the Australia Indonesia Art Forum. Indonesia Calling 2020 represents a partnership between 16albermarle, Project Eleven and Indo Art Link, three entities that have for several years worked to connect artists in Indonesia and Australia. 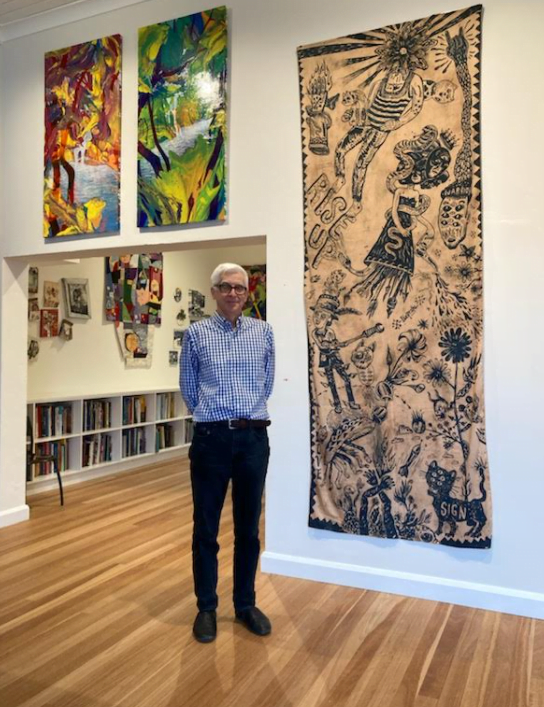 The actual exhibition was held from 31 October 31, until 12 December 2020 at the 16albermarle Project Space and was accompanied by an online presentation titled Pasar Seni (Art Market).

The artworks posit Covid-19 pandemic themes within the Indonesian context.

Thus, there is Surya Wirawan’s “Don’t Forget to Wear a Mask”: 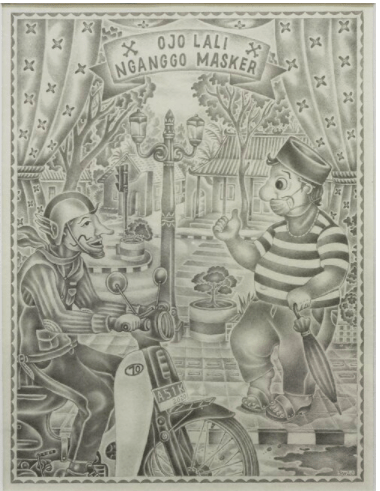 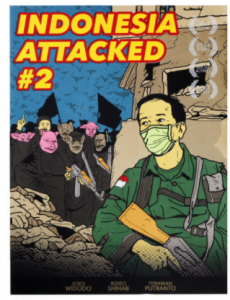 Particularly striking are the mixed media contributions, such as that of Fitri DK, a feminist artist from Yogyakarta: “Nandur Dulur [Plant Everyone]”, a woodcut on calico with embroidery: 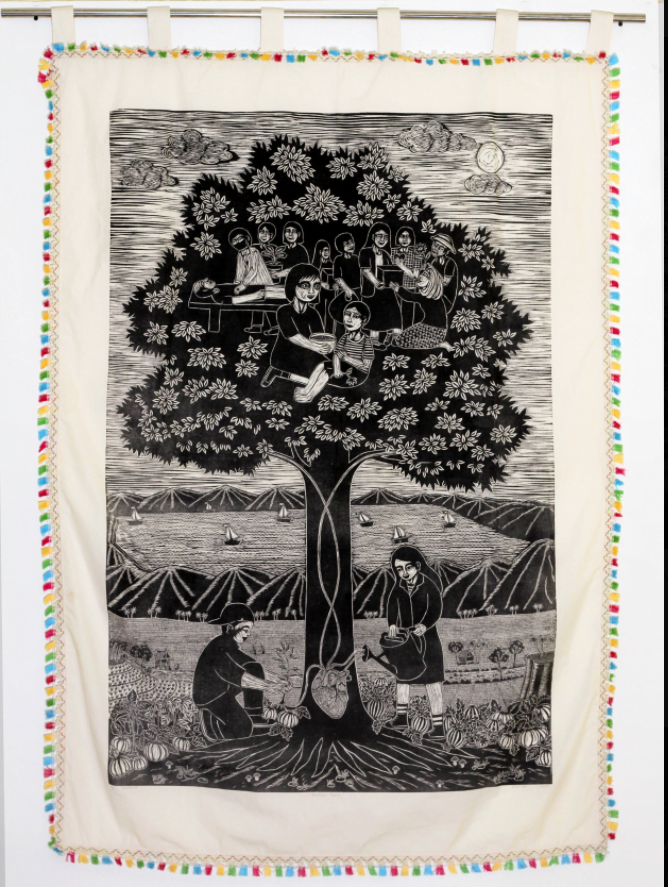 Despite the exhibition having now closed, a virtual visit is still available via 16albermarle’s wonderful website. The website very helpfully provides images and fascinating informative descriptions of the approximately 80 spectacular works. To enter this amazing artistic space, click on any of the artworks at https://www.16albermarle.com/indonesia-calling-2020 to get a short bio of the artist together with a statement by the artist as to what is being expressed in the artwork. Prices of the works, many of which are still on sale, are also provided.

It should be noted that the works will remain on sale for some time, and one of the reasons for holding the exhibition is to help artists in Indonesia, who, like artists throughout the world, have been struggling more than ever to survive economically in this most trying of times.

Indonesia Calling 2020 is a commendable initiative that combines both intercultural understanding and appreciation with a humanitarian dimension that our current world desperately needs.

“Forthcoming in Inside Indonesia”

– Ron Witton gained his BA and MA in Indonesian and Malayan Studies from the University of Sydney and his Ph.D. from Cornell University. He has worked as an academic in Australia and Indonesia and now practises as an Indonesia and Malay translator and interpreter.

John Cruthers (0433020237;  john@johncruthers.com.au) who heads the 16albermarle Project Space can be contacted with regard to Indonesia Calling 2020. He has also given permission for images from the website to be used in connection with this review.