Indonesia: A friend in the making & critical ally for Australia 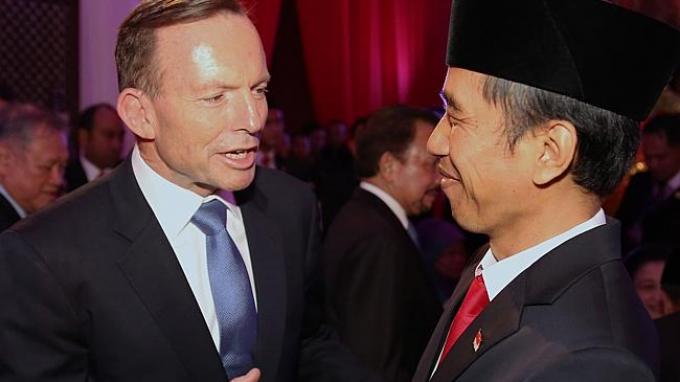 The arithmetic is clear: if Indonesia can keep growing at about 5 per cent a year for the next two or three decades, as it has done so far this century, it will become the world’s fifth-largest economy by 2040, and the fourth-largest by 2050; in sheer economic weight it will come in behind only China, India and the US.

Already by 2030 — when Australia’s new submarines may just be starting to enter service — its GDP will be three times Australia’s, and almost as big as Japan’s. Wealth is the ultimate foundation of national power, so that will make Indonesia, or should make Indonesia, a very powerful country. It will have the material resources to be a great power in Asia, able to exercise major influence over affairs not just in its immediate neighbourhood but also throughout our region. And it has the potential to be far more important to Australia than we have ever conceived.

It may even become as important to us as China, because while it will not match China’s wealth and power, it is much closer — and that could make all the difference. Never underestimate the importance of proximity.

And yet nothing about Indonesia today presages this. It hardly seems a country poised to become a great power and an arbiter of strategic affairs. On the contrary, it appears to be drifting along pretty much as it has for decades: a large, diverse, complex, self-absorbed and rather shambolic nation that still punches way below its weight on the regional stage, and barely registers globally.

It seems little able to make sense of the power it is steadily accruing as its economy grows, or of how to use this power. Here, then, is the paradox of Indonesia’s position in Asia today: economic growth is driving it towards a position of political and economic influence that it seems both uninterested in and incapable of exploiting.

To some in Australia this may sound like good news. The argument goes that the less Indonesia can turn its increasing economic weight into effective strategic power, the better. That’s understandable, because we have got used to thinking that we have more to fear than to hope for from our large neighbour.

For much of the 75 years since it emerged, rather unexpectedly, as a vast new state on our doorstep, Indonesia has appeared more as a liability than an asset on Australia’s strategic balance sheet.

At first, Sukarno’s unsettling brand of assertive nationalism raised credible fears both that ­Indonesia could threaten us ­directly and that it could offer more distant hostile powers access to territory close to our shores. It mostly looked a lot less threatening under Suharto’s New Order, which lasted from 1967 to 1998, but the potential for conflict never ­disappeared.

Indeed, after Australia’s retreat from Vietnam and until very recently, the possibility of conflict with Indonesia remained the principal focus of our defence policy, even though — despite recurring tensions over East Timor and West Papua — the risk has mostly been very remote.

Moreover, this perception of Indonesia as a potential danger has not been offset by any real sense that it could also be a major strategic asset to Australia, helping to shield us from more distant threats. That is because we have been so confident such threats could not arise while the US continued to exercise clear and uncontested strategic leadership in Asia; it has been easy to overlook Indonesia’s potential to help defend us as long as America’s power, which has kept the region so stable and peaceful for so long, seemed unassailable.

Some have long understood Indonesia’s potential as a strategic asset for Australia. As the Dibb review, a survey of Australia’s defence capacities, put it back in 1986, Indonesia “forms a protective barrier to Australia’s northern approaches”; the review emphasised our shared interest in keeping our neighbourhood “free from interference by potentially hostile external powers”. This reflects the simple fact that just as Indonesia is the only close neighbour strong enough to pose any serious threat to us, so too is it the only one strong enough to help us resist the intrusion of a potential adversary to within striking range of our shores.

And proximity means the two countries’ interests naturally align: a threat to one by a major external power must also threaten the other. This does not guarantee that Australia’s and Indonesia’s interests and objectives will always coincide in the face of a threat from outside our shared neighbourhood, but it does mean that such alignment is inherently more likely for Australia than with any other Asian major or middle power. Just as our closeness with Indonesia gives us many reasons or pretexts to be enemies, it also gives as many reasons to become allies. And this means that Indonesia’s growing power can be both good and bad news for Australia, making it both a more valuable potential ally and a more dangerous potential adversary.

But its potential as an ally is swiftly becoming more important to us as the wider order in Asia shifts. While the US remained the region’s dominant power we had nothing to fear from any state except Indonesia, but now we face a very different region in which America’s position is much weaker while China’s, in particular, is much stronger.

The central challenge for Australia’s foreign policy in the decades ahead will be to manage China’s growing power and influence, and to prevent it becoming a threat to us while maximising our independence and freedom of manoeuvre. Indonesia could be a critical ally for us in achieving that goal, quite possibly the most important ally we would have.

And it means we need to understand much better than we do now how likely that is to happen, and how events will unfold if it does.

Hugh White is professor of strategic studies at the Australian National University. This is an edited extract from his essay The Jakarta Switch, from Australian Foreign Affairs 3 — Australia & Indonesia, on sale from Monday.

SOURCE BY THE AUSTRALIAN NEWS