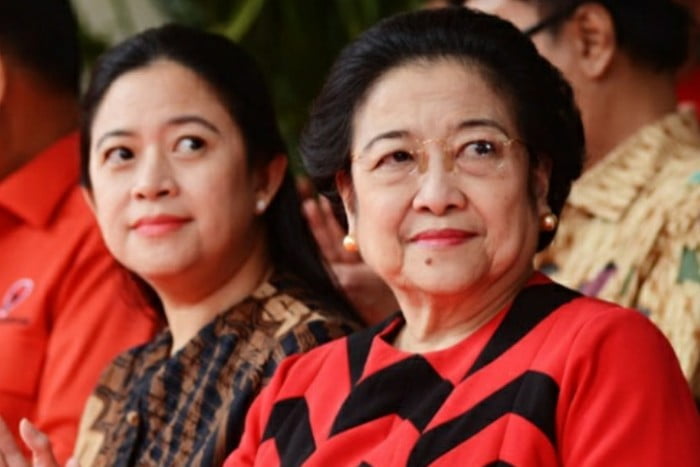 Last weekend, Puan Maharani, the 45-year-old daughter of Megawati Sukarnoputri, the powerful head of the Indonesian Democratic Party of Struggle (PDI-P) surged past a host of longtime politicians to take over as Speaker of the House of Representatives despite what critics call her relative political inexperience, positioning her to become a national figure and at some point, her mother is said to hope, a third-generation president.

If Megawati’s ambitions for her daughter seem startling, they aren’t. Party leaders and senior politicians – including the current president, Joko Widodo, have long been building political dynasties by agreeing or placing their children in strategic positions in the legislative and executive bodies. a practice that seems to have begun picking up speed.

Certainly, political nepotism is nothing new, going back for instance to the founding of the American republic, with John Adams the second president, his son John Quincy the sixth, and on and on to the legendary Kennedy dynasty of the 1960s. It is a disease that affects democracies and satrapies alike. In some Southeast Asian countries including the Philippines, a political seat is regarded as a rightful inheritance.

Indonesia has also made it into an art form. Research by the Community Forum for the Care of the Indonesian Parliament (Formappi) found that eight of the nine political parties now in parliament contributed 48 legislators with family ties with politicians or other state officials. Formappi researcher Lucius Karus said cadres with kinship ties with party leaders or officials have the opportunity to gain political office more quickly and easily.

“If political parties or the house of representatives are controlled by more elected legislators from the same family, the opportunity for corruption will be higher. Because matters of state policy can be resolved in family or informal forums,” Lucius said.

President Joko Widodo, who began his presidential career by seeking to keep his children and family away from political positions, an attitude which his supporters considered to be the antithesis of Suharto’s corrupt families during the New Order, has succumbed. Gibran Rakabuming Raka, 32, the first son of the president, now has registered as a member of his father’s PDI-P and says he will fight the election of the mayor of Solo in 2020. He said his desire for politics comes from himself, not from his father.

Jokowi, a former furniture businessman and the first Indonesian leader without political or military baggage, also began his career as a politician by becoming mayor of Solo in 2005.

Gibran and his younger brother, Kaesang Pangarep, are known as successful culinary entrepreneurs. Gibran, who completed his masters at the University of Technology Insearch, Sydney, is rumored to be giving up his business management to Kaesang to focus on his political career.

Meanwhile Bobby Nasution, Jokowi’s son-in-law, also reportedly intends to contest the election of the mayor of Medan. Responding to these issues, Jokowi said he had freed his son to choose any career, be it a businessman or a politician.

But his son’s decision to get involved in politics is quite surprising, even though it is not a new phenomenon.

Megawati, herself a former Indonesian president (2001-2004) has long prepared both her son Prananda Prabowo and daughter to continue her legacy in politics. Megawati is the daughter of Sukarno, Indonesia’s first president. Puan was the Coordinating Minister for Human Development and Culture in the first Jokowi Cabinet. Prananda is considered likely to replace Puan as one of the ministers in the next Jokowi cabinet. Prananda doesn’t often appear in public, is better known as a person behind the scenes including writing Megawati’s speeches.

Megawati’s political opponent, Susilo Bambang Yudhoyono, also sought to put his first son, Agus, 41, into an important position but hasn’t been successful. Agus, who resigned after 16 years in the military, was buried as the Democratic Party candidate for Governor of Jakarta in 2017. A poor performer, Agus lost to two other candidates in the first round.

The Democrat Party again proposed Agus as losing candidate Prabowo Subianto’s companion in the 2019 presidential election, but the former general chose businessman Sandiaga Uno, sparking SBY’s anger. The Democrat Party is now reportedly vying for a ministerial seat for Agus in the cabinet to be named on October 20. SBY’s second son, Edhie Baskoro Yudhoyono (38) was re-elected for the third time as a member of parliament in the 2019 election.

Two other names of former presidents’ children were also predicted for ministerial seats — Yenny Wahid and Ilham Habibie. Yenny, daughter of former president Abdurrahman Wahid, is now active as an Islamic activist and politician. She is not affiliated with any political party but is considered to represent the voice of the largest Islamic organization in the country Nahdlatul Ulama. Ilham, the son of the late former president BJ Habibie, is known to have inherited his father’s intelligence and is now having a career in aviation.

Tycoon and Perindo party leader Hary Tanoesoedibjo is also seeking a place for his eldest daughter, Angela, 32, in the upcoming cabinet. Perindo, one of the parties supporting Jokowi in the 2019 election, has publicly proposed Angela as minister. Angela, who completed her bachelor’s and master’s degrees from universities in Australia, is a businessman and politician. She was a director at MNC group, her father’s company, and served as deputy secretary general in Perindo.

In August, Jokowi mentioned that the next cabinet will be dominated by young people who are expected to have several criteria such as the courage to execute policies and have managerial expertise. He reportedly asked all coalition parties to propose ministers from young people who could help him in the upcoming cabinet. He probably didn’t expect to be inundated with politicians’ children

Surya Paloh, media mogul and chairman of the Nasdem Party, is preparing his son, Prananda Surya Paloh, 31, as his successor. Prananda, who graduated from Monash University Austtralia with a major in politics, won the parliamentary election for the second time this year.

Former Chairman of the State Intelligence Agency and former Leader of the Indonesian Justice and Unity Party (PKPI), A.M Hendropriyono, has a son and son-in-law who occupy strategic positions in the government and military. Hendropriyono’s son, Diaz Hendropriyono, 41, served as the Special Staff of the President and Chair of the PKPI in the 2018-2024 period. Hendropriyono’s son-in-law, Andika Perkasa, 54, now serves as Army chief of staff and is projected to be the next army chief.

Prabowo Subianto, who lost to Jokowi in the 2019 election, has two nephews, Rahayu Saraswati (Sara) and Aryo Djojohadikusumo, who have joined Pabowo’s Gerindra Party. Aryo, the son of Hashim Djojohadikusumo, was a member of the parliament in the 2014-2019 period.

Three children of senior politician from the National Mandate Party (PAN) Amien Rais succeeded in becoming legislative members at both the local and national levels in the 2019 election. Although PAN is not a big party, the family is close to voters from the second largest Muslim organization Muhammadiyah.

The most recent example is the political dynasty in Banten Province directly east of the Jakarta conurbation, where the younger brother of the former governor and businessman, Tubagus Chaeri ‘Wawan’ Wardana, managed to collect up to Rp500 billion (US$35.35 million) in corrupt money from various projects he obtained by utilizing kinship relations with officials. The anti-graft agency said it had confiscated assets worth around Rp500 billion consisting of Rp65 billion in cash, 68 vehicles, 175 houses, apartments and land that were spread to Australia. Although Wawan and his sister, Ratu Atut Chosiyah are now imprisoned, several families still occupy important public positions in the area including the deputy governor, district head and mayor.

Deputy Director of the Center for Political Studies (Puskapol) at Indonesia University, Hurriyah said the trend of building political dynasties both at the local and national level has been rife over the last two decades.

“For me, there is no problem that a politician’s children follow in the footsteps of their parents but there should be a long process that needs to be passed before being promoted to a strategic position, but in general they don’t go through that,” she said.

That creates serious problems experienced by parties that are unable and unwilling to regenerate, Hurriyah said. “The characteristics of parties in Indonesia are somewhat similar to ownership in companies, where party leaders are also party owners. The party is no longer public property but belongs to individuals. So the tendency to build the dynasty is very large.”

THIS ARTICLE FIRST APPLIED IN ASIASENTINEL, FOR ORIGINAL SOURCE OF ARTICLE CLICK HERE