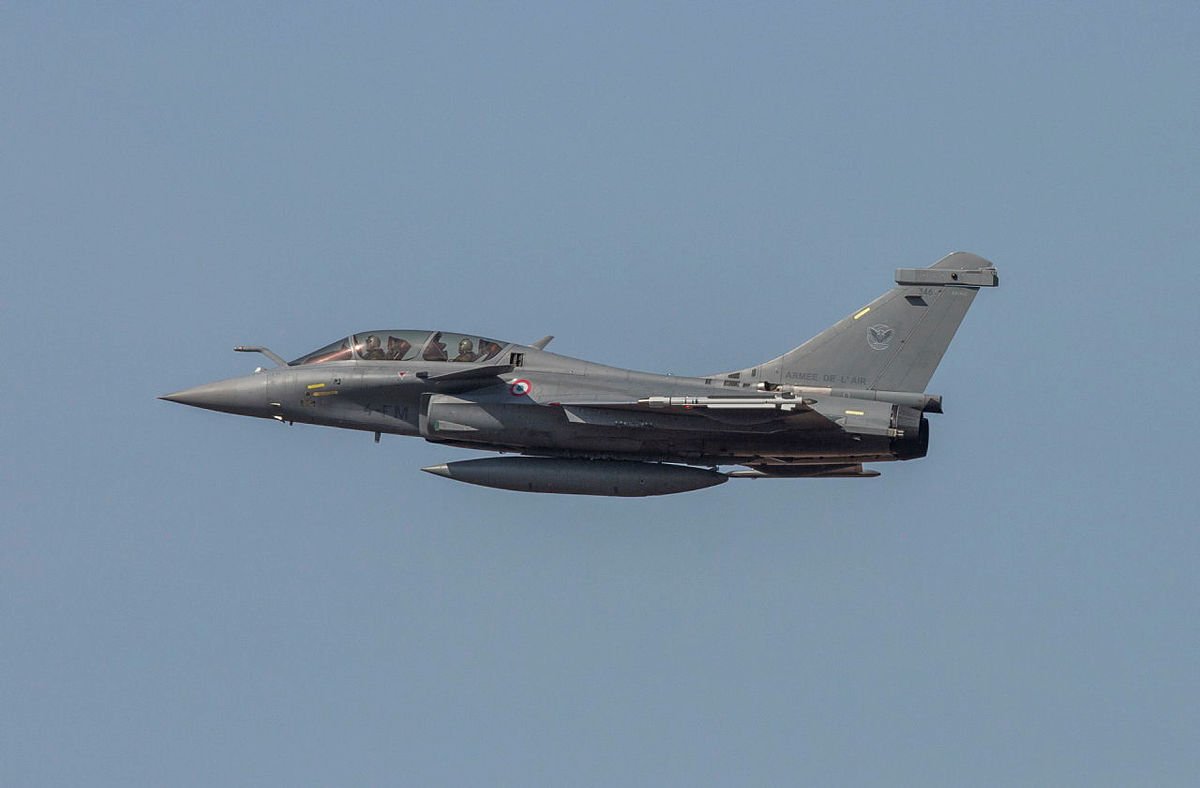 At first glance, given their geographic distance, there seems little pushing France and Indonesia closer together. But from Paris’s perspective, the French territories in the region and the fact that 93% of France’s exclusive economic zone is in the Indian and Pacific Oceans are compelling reasons for it to seek a greater presence in the Indo-Pacific. Indeed, France is the only EU country with a permanent military force stationed in the Indian Ocean, and Indonesia, Southeast Asia’s largest maritime state, is a natural partner.

Jakarta’s desire to build up its maritime muscle and keep its commitment to strategic nonalignment make the EU an attractive alternative source of equipment, and France is one of the world’s top five arms exporters. France and Indonesia share several of the big-picture strategic interests in the Indo-Pacific, such as a stable and peaceful South China Sea. They’ve also been busily negotiating a defence cooperation agreement which, once signed, will be France’s only such agreement in Southeast Asia.

So, what are the growth areas for this nascent defence partnership? Is there potential to extend the bilateral relationship into other areas? And what does a closer Indonesian–French connection mean for Australia?

The first key area of growth is driven by Indonesia’s interest in the French defence industry. For Jakarta, France represents an important source of high-end warfighting capability. Indonesia’s defence minister, Prabowo Subianto, has wasted no time cultivating this relationship—last year, he made two visits to Paris and spoke on the phone with his French counterpart, Florence Parly.

Both sides are also beginning to unlock the potential for joint military training. Last year, a meeting between army officials resulted in an agreement for Indonesian soldiers to exercise with French troops in 2021. Another growth area for army cooperation could be peacekeeping. French and Indonesian blue helmets are in contact in Francophone countries like Mali and Central African Republic, but also Lebanon. In the past, the Indonesian peacekeeping training centre in Sentul employed a civilian French-language instructor.

Indonesia is the eighth largest peacekeeper-contributing nation and France the sixth largest contributor to the UN peacekeeping budget, so the two countries have ample lessons to share on promoting best practice, accountability and initiatives supporting women in peace and security. These kinds of exchanges could begin virtually and, once personnel are vaccinated against Covid-19, could continue in person to strengthen people-to-people ties.

France also has a highly developed navy with which Indonesia could exercise on issues pertinent to its needs. The Covid crisis has revealed new opportunities; analysts Alban Sciascia and Anastasia Febiola Sumarauw argued last year that Indonesia’s navy might be a ‘forgotten pandemic asset’. Especially in an archipelago, developing hospital-ship-like capacities leaves the military with assets it can deploy in both amphibious operations and diplomatic health initiatives.

France deployed its three Mistral-class landing helicopter docks for Covid relief operations last year, suggesting there’s much to share between the countries in seaborne humanitarian assistance and disaster relief. The alternate planning years for French-led Exercise Southern Cross (Croix du Sud), held north of New Caledonia, which includes partners from Indonesia, Australia and the Pacific, would be an ideal place to begin those discussions.

France and Indonesia could also capitalise on their memberships of the Western Pacific and Indian Ocean naval symposiums. Developing a dedicated bilateral naval dialogue alongside either symposium would be a cost- and time-efficient means of boosting information sharing and ties between personnel. France is the chair of the Indian Ocean Naval Symposium until 2022, so it’s an ideal time to explore these options.

From Canberra’s perspective, closer ties between Paris and Jakarta are undoubtedly a positive thing. For one, Australia supports France’s involvement in the Indo-Pacific. The 2018 vision statement on the France–Australia relationship supports closer bilateral cooperation with like-minded partners to bolster regional maritime security, particularly in the Indian Ocean.

Indonesia is a key player in this. Its French naval procurements, if and when delivered, represent a leap forward in its ability to patrol and secure strategic sea lanes not just in the Lombok and Sunda Straits but around the Natuna Islands and Indian Ocean rim. Likewise, the Rafales would boost the Indonesian air force’s confidence and the country’s strategic posture. Greater engagement between Indonesia’s and France’s naval personnel helps build critical ties and foster shared understandings of Indo-Pacific security.

France’s increased Indo-Pacific interest also opens an even wider window of opportunity for Jakarta to work minilaterally with willing maritime partners. Ties between Australia, India and France expanded further last year with the first virtual senior officials’ meeting, undoubtedly with an eye to further Indian Ocean cooperation. There’s certainly potential to find niche areas of overlap between that grouping and the more established Indonesia–Australia–India trilateral, which is currently developing a new maritime exercise. France and India are stepping up naval cooperation, with the first amphibious exercise between the French and the Indian navies, Varuna 21, being held in India.

As Defence Minister Linda Reynolds noted last year at the launch of Australia’s 2020 defence strategic update, the ‘key for the future’ is bringing together the various mini- and multilaterals to strengthen regional security. For Indonesia, that means not just committing even further to capability upgrades but considering carefully how to invest in development and training of its navy and coast guard personnel. The Indo-Pacific continues to be a site of growing dynamism but also increased threats to stability.

With all this attention on regional drivers, however, it’s easy to lose sight of domestic politics. Some of the impetus for closer Franco-Indonesian cooperation in Jakarta, particularly in securing French capability, is from Prabowo’s desire to deliver quick results as defence minister. It’s not that his position is tenuous; rather, it strengthens his claim—if he chooses to run for the presidency in 2024—that he can protect Indonesia and therefore will make a good president. If he’s successful, there could be even more closeness with a Francophile as leader. If not, at least the recent ground gained wouldn’t be undone, given France’s enduring regional, especially maritime, interests.

Natalie Sambhi is executive director of Verve Research and a non-resident fellow at the Brookings Institution’s Foreign Policy program. Image: Department of Defence.