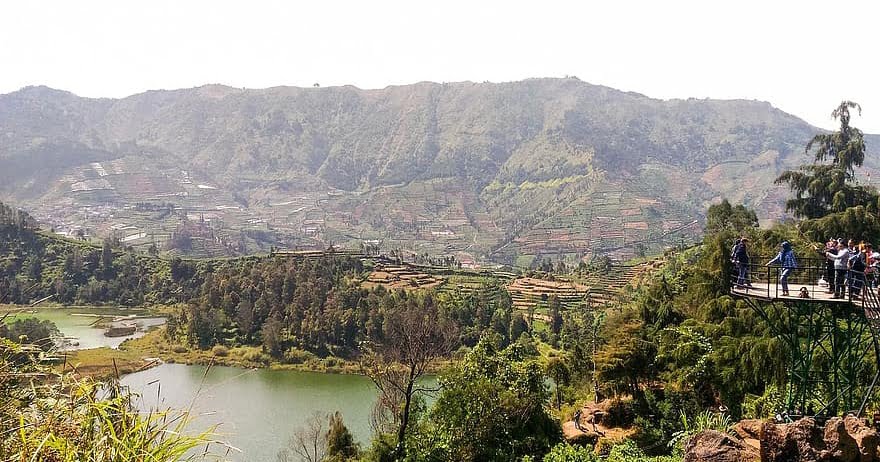 In my essay “The Jakarta Switch” I argue, among other things, that Indonesia faces some big decisions about how it wants to operate in the new Asia – an Asia in which China will wield a lot more power and influence, while America will wield a lot less. I comment that Indonesia’s decisions will be immensely significant for Australia, because they will help determine how closely we can work together, and working with Indonesia will be very important indeed for us as we navigate the new Asia in the difficult decades ahead.

Both Philips Vermonte and John McCarthy, in their responses to that essay, send the ball back across the net, suggesting that Australia too has some choices to make. They say that if we want to work more closely with Jakarta to manage the strategic and economic consequences of Asia’s power shift, we need to get our own thoughts in order as well.

They are absolutely correct about this. We cannot build the stronger, closer relationship with Indonesia that Australia needs to navigate the new Asia until Canberra recognises and addresses what is happening around us. But plainly, we cannot start a serious conversation with Jakarta about the challenges both countries face in Asia until we have begun to acknowledge and debate them realistically here in Australia.

As Vermonte notes, “Australia has a lot more to explain than Jakarta does”, and an Indonesian perspective has a lot to offer us here, because we have a long way to go. Until just last year Australian political leaders on both sides of the aisle remained in denial about the seismic strategic consequences of Asia’s economic transformation. Their mantra “we don’t have to choose between America and China” reflected their assumption that China would never seriously challenge American leadership in Asia. Now that China’s ambitions have become unmistakably plain, Canberra’s policymakers have convinced themselves that the old US-led order can and must be preserved. They seem to think that China can be faced down by a coalition of like-minded countries, centred on the “Quad”, and united in their commitment to perpetuate the old status quo – the so-called rules-based global order.

If this is all that Canberra has to propose in discussions with Jakarta, we will not get very far. As Vermonte observes, people in Jakarta will be watching with interest to see how the debates in Canberra around the Quad develop. Will Canberra really conclude that an alliance with India, Japan and America can be constructed, and if so that it will be the answer to China’s rising power in the region? And will Canberra really assume that this can be done while it continues to benefit from a flourishing economic relationship with China?

Few in Jakarta would share those views. For all their uncertainties about how to respond to China, Indonesians see more clearly than we do that dividing Asia into rival camps is not the answer, because Beijing’s ambitions are not simply going to be pushed aside, and certainly not by a grouping as diverse and ill-matched as the Quad. In particular, thinkers on Indonesian policy are much less convinced than their counterparts in Canberra that America today, under Donald Trump, is committed to perpetuating the US-led regional order. Vermonte is right to imply that under Trump, America is almost as disruptive in regional affairs as China. So observers in Jakarta naturally wonder how far Australians still subscribe to John Howard’s description of us as America’s “deputy sheriff”, which, as Vermonte says, still leaves “an impression that continues to haunt” us.

Moreover, when viewed from Jakarta, it is far from clear that the US-led regional and global “rules-based order” has been as congenial as Canberra’s rhetoric implies. Vermonte mentions Indonesia’s bitter experience of the key economic elements of that order – the Bretton Woods institutions. Preserving that status quo doesn’t have as much appeal in Jakarta as it seems to have in Canberra.

Rethinking our approach to the wider strategic questions in Asia isn’t all we have to do. John McCarthy reminds us that there are also bilateral issues that need to be re-examined if the relationship with Jakarta is to work for us as well as I think it needs to in the decades ahead.

One of these is our approach to Islam and its place in Indonesian politics. Tim Lindsey explores this issue very well in his essay “Retreat from Democracy?”, so here I only want to make a simple but important point. There is a significant debate to be had in Indonesia about the place of Islam in its national life, but we in Australia should be wary of easy assumptions that our interests automatically lie with one side or the other. It is far from clear that a more Islamist Indonesia is necessarily a worse neighbour for us, or that a more secular one is necessarily better. It is clear that we could damage our relationship with Indonesia by taking sides in a debate that is really their business alone.

Another is the lingering shadow that East Timor, and especially the events of 1999, casts over Indonesian attitudes to Australia and our attitudes towards Indonesia. Former president Susilo Bambang Yudhoyono was honest enough, and serious enough about the relationship between the two countries, to address this problem directly in an address to our parliament in 2010. No Australian leader has done the same in Indonesia. Until they do, the distrust that SBY spoke of as flowing from those events, and from concerns about what might happen in the future over West Papua, will remain a major flaw in the relationship. This is something that a prime minister who was really serious about Indonesia would do something about.

Hugh White, professor of strategic studies at the Australian National University and former deputy secretary in the defence department