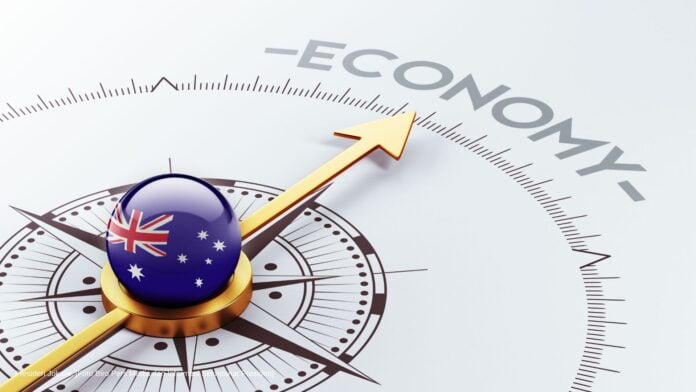 Paul Keating maintains his rage – furious that Australians continue to be at odds with their geography. The former Labor prime minister from 1991 to 1996 returned to his theme this month at the National Press Club in Canberra, by asserting his fellow citizens still have “an incapacity to absorb the region, enjoy the region and be part of the region. The area that matters most to Australia, the area which should be our strategic habitat, is the Indonesian archipelago.” The speech was an extension of his “Asia consciousness” call first made in 1994 to the Asia Australia Institute: “Our engagement with the region has to be uncompromising, unfailing, and tenacious.”

Keating’s rhetoric may have resonated but hasn’t impacted because even his political rivals are finding themselves preaching much the same sermons almost three decades later. Thumping the lectern hardest is Dan Tehan because that’s his job as Federal Minister for Trade, Tourism, and Investment. His homilies are repetitive, suggesting backsliders in the pews. One such is Western Australia Premier Mark McGowan.  Next year he’ll take a “reconnection tour” of China, Korea, and Japan. The Labor leader’s decision to snub the nation next door has vexed people like Ross Taylor, president of the Perth-based Indonesia Institute: “Indonesia should not be overlooked by this government which to date has failed to understand the already strong links between Indonesia and many WA companies.”

Back in the 1990s, the state pioneered a close relationship with Surabaya, the second-biggest city in Indonesia and capital of East Java. WA ran a trade office in the major manufacturing hub till fears of terrorism forced a move to Jakarta.  The pact still has a slight pulse but needs intensive care. The WA minister for Asian Engagement portfolio passed away this year along with the Jakarta hub. According to Taylor, there are now no Indonesian specialists in the state bureaucracy to advise on policy.

Taylor’s advocacy may be working. Asked by this writer why McGowan was ignoring Indonesia, a spokesperson said “the itinerary has not been finalised but Indonesia is part of our consideration.”

Tehan was back in the pulpit again this month with an Asia Society webinar launch of the Department of Foreign Affairs and Trades’ Blueprint for Trade and Investment with Indonesia.  The 192-page glossy builds on the Indonesia-Australia Comprehensive Economic Partnership Agreement which started 16 months earlier.

The Blueprint purports to “provide practical and strategic guidance on enriching the economic relationship with our closest neighbour in the region.” Overall it is a good attempt to showcase opportunities. It even mentions hazards like corruption and handling a bureaucracy that’s often harder to work out than Rubik’s Cube.

The document carries impressive expectations about “the powerhouse nation on our doorstep and soon to be among the largest economies in the world.” That forecasting is based on the stability achieved under the administration of Joko Widodo, who will have to step down in 2024 after two five-year terms as president.

Although the pandemic has infected at least 4.3 million Indonesians and killed 144,000, the economy has not suffered as badly as feared. It’s predicted to grow by 4.8 percent next year, according to the Asian Development Bank.

While Australian investors ponder the risks, Arabs are tipping big money into the world’s most populous Muslim nation. Indonesia is a democracy with 87 percent of the 273 million citizens claiming to follow the teachings of the Prophet. This makes Indonesia an acceptable repository of Middle East oil wealth.

On his way back from the COP26 conference in Glasgow, Widodo took a break in the United Arab Emirates for a chat with fellow Muslim Crown Prince Sheikh Mohammed bin Zayed Al Nahyan. Jakarta claims the stopover secured A$44 billion in 19 investments from UAE businesses involved in vaccine manufacturing “smart city initiatives, telecommunications and genomics laboratories.”

The UAE is even muscling into an area identified by the Blueprint and where Australia should dominate – solar power. The state-owned oil producer, importer, and retailer Pertamina has reportedly been talking about floating solar panels with Masdar, aka the Abu Dhabi Future Energy Company.

Money is also being offered by the Islamic Development Bank Group’s Sustainable Financial Framework for green projects. So far most Australian trade has involved filling big ships with cattle and grains with proximity as the selling point.

Economist, banker, and AusAID advisor Felia Salim told webinar participants to look beyond present businesses to small-to-medium-sized enterprises (SMEs). There are 62 million SMEs across the archipelago, often family affairs. The World Economic Forum (WEF) has classified these as “newcomer, artisan, emerging, challenger and mainstream.” Most lack direction and plans. Only eight percent are into the digital economy, but the WEF reckons they’re the key to growth. To get into this market Australians will have to engage with the locals, listen to their concerns, and help meet their needs. Strong language and cultural skills will be essential as noted on this website.

Indonesia is small on taxes but big on corporate social responsibilities (CSR), formally defined as “private business self-regulation which aims to contribute to societal goals of a philanthropic, activist, or charitable nature,” though the effectiveness is often challenged. CSR is briefly mentioned in the Blueprint, which claims without evidence that Australian businesses are “generally well regarded.” Australia was once a major donor to Southeast Asia but has slashed aid from almost $1.3 billion in 2015 to just over $900 million in 2020, not counting special COVID-19 loans and grants, including ten million vaccines.

That’s upset more than the development lobby. Former ambassador Gary Quinlan AO described the cuts as “too serious … when we need to increase our exposure in the region in order to shape the strategic outcomes.” So still far to go before Keating’s ideals are realised. Trade Minister Tehan’s future sales pitch should include a Blueprint for Getting to Know Indonesia with a chapter on CSR and an autographed copy for WA Premier McGowan.

This article first appeared in Australian Institute of International Affairs

Duncan Graham is an Australian journalist and author living in Indonesia.

This article is published under a Creative Commons License and may be republished with attribution.