A breakup’s unthinkable – so let’s give it another go 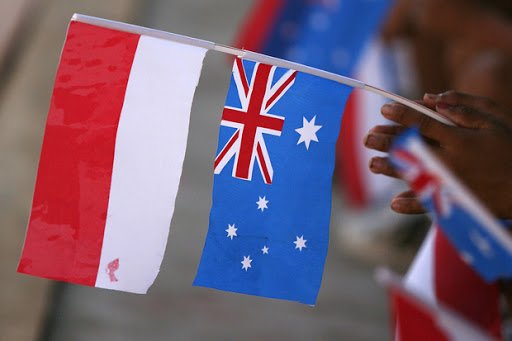 Australia and Indonesia are not the neighbours we ought to be. Many button lips for fear of arousing wrath, but here’s the truth: The neighbours aren’t part of the Anglosphere. They don’t understand or trust us, nor we them.

This must change as our great and powerful friend turns insular.  As the plague retreats comes the chance to address anxieties and reboot the relationship.  As the PM says about flattening Covid-19’s curves – we’re all in this cot together.

Before Covid-19 more than a million Aussies lazed on Bali beaches every year. Few have been James Cook’s endeavouring to explore the country they’d invaded and navigating its mysteries.

Lowy’s long-term polling demonstrates ‘the wariness with which Australians and Indonesians regard each other.’ Only one per cent thinks of Indonesia as Australia’s best friend. The loved ones are the Kiwis.

This year the Singapore-based Institute of Southeast Asian Studies ran another survey. Get ready to squirm: Fewer than four per cent of Indonesians feel confident that Australian leadership could ‘maintain the rules-based order and uphold international law’.

Only ten per cent would choose Australia as a strategic partner to replace the US. A third would prefer the European Union and another third Japan – the country that brutally plundered the archipelago and starved its people during World War II.

How can we be on the nose when we know we’re nice? Our biggest Embassy in the world in Jakarta is full of busy bureaucrats running arts and grants galore showcasing our goodness. Sadly, few reach into the villages and kampong where most Indonesians live.

When Covid-19 starts fading, there’ll be opportunities to offer testing and tracing services, particularly in the Eastern islands where most aren’t celebrating Ramadan. In the meantime we can stocktake the hangups and dump those past their use-by date.

The differences between us are wide, long and deep on every register from religion to rights, but as Hamlet advised his old mate Rosencrantz: ‘There’s nothing either good or bad, but thinking makes it so.”

Thinking the best has been frustrated by many small stupidities on all sides and three big events: The 1999 East Timor referendum which ousted Indonesian control, the 2002 Bali bombings and the 2015 executions of drug runners Andrew Chan and Myuran Sukumaran.

These wounds still weep; they need dressing and addressing, but can’t be allowed to fester, poisoning our joint future.

Decades ago Murdoch University Professor David Hill helped start the non-profit Australian Consortium for In-Country Indonesian Studies. It still puts Australian students into Indonesian universities where they savour the country and its quirks first hand. It’s been a splendid though small success, a great model of an achievement by visionaries.

For much of this century Hill and other academics have been baying at the moon-minds in Canberra, telling them a 40 per cent plunge in Indonesian studies enrolments is bad on every measure, including national security. Six universities closed their Indonesian programs. The rot continues. Maybe time for the universities and schools to do it themselves.

Hill wants Indonesian language and culture teaching restored to its 20th century level. Then we were more curious and less suspicious, encouraged by Paul Keating’s urging to ‘live in the region’ … and find our security in Asia.

“No country is more important to Australia than Indonesia. If we fail to get this relationship right, and nurture and develop it, the whole web of our foreign relations is incomplete.”

The credibility of the then PM’s convictions was corroded by his closeness to the despot president, General Soeharto. Yet Keating’s mantra is still chanted by his successors, though with little enthusiasm. Here’s a product needing a refresh and the marketing skills of a ScoMo.

With education and social issues too complex to handle, governments on both sides have turned to the STDs – security, trade and defence. All valuable and necessary but not getting through to the pubs in Sydney and warung (roadside food-stalls) in Surabaya where attitudes harden.

This coming 17 August marks the 75th anniversary of founding president Soekarno’s proclamation of independence from the Netherlands. If Covid-19 hadn’t barged into the tent, the celebrations would be wild, heartfelt and prolonged. The archipelago’s 270 million do patriotism almost as well as the Americans.

The Embassy planned to join the cheer and remind that we (and particularly the trade unions) did much to frustrate the Dutch demanding return of their colony after WWII. It’s a fine story; if better known on both sides of the Arafura Sea, it could build a bridge.

This August’s flag-waving will enthuse them and bemuse us. We know little of the Merdeka! (freedom) ideology and the emotions that power policies in Jakarta. Among them is a determination to maintain the ‘unitary state’ and a suspicion of foreigners’ intentions with aid and trade.

Indonesia must also cop blame for the distrusts that foul confidence. Soeharto could have created another Singapore after he ripped power from the Reds’ friend Soekarno and got showered with dollars. He had the chance to be a statesman and nation-builder. Instead he turned kleptocrat, allegedly stealing an estimated US$35 billion.

If that was OK for the first family, which still enjoys the fruits of his plunder, then why not the rest? For the 32-years of Soeharto’s rule KKN – (Korupsi, Kolusi, Nepotisme) thrived and does so today, negating the positives.

Trade still follows the flag. Turtle’s lobby group has been cheering the completion, after ten years of G-to-G negotiations, of the Indonesia-Australia Comprehensive Economic Partnership Agreement.

Business saw the agreement ramping profits from an expanding middle class and little else. This free trade deal includes visas for Indonesians similar to those given to European backpackers. Now here’s a chance to try altruism.

Like David Hill, historian Dr Frank Palmos a former foreign correspondent in Jakarta, believes that along with education the best way to stamp out xenophobia is through personal contacts.

He wants Javanese farmers on work permits to show us how to get the best from our northern waters and soils. “The naysayers will ultimately admit Indonesians are wonderful workers,” he said. “Then they’ll accept the merger of humour and hard work for which Indonesians are famous.”

Before the pandemic, which has so far killed 720, and probably hundreds more as there’s minimal testing, Indonesia had the opportunity to boost its health services. Like the US, it dropped the ball.

Stand back from Covid-19 stats for a moment and glance here: WHO figures show every day about 180 Indonesians die from TB – a preventable disease – and a further 300 from diabetes which can be controlled. Sicknesses linked to smoking reportedly kill more than a thousand a day.

In these public health areas Australia has an excess of expertise to share. Some projects are already underway. There’s room for hundreds more.

When the borders are eventually opened, we need floods of Indonesians coming to Australia as visitors, students and backpackers, unconstrained by onerous visa rules not imposed on Malaysians and Singaporeans. This discrimination has been attacked long and hard by Perth’s Indonesia Institute and its president, Ross Taylor.

And when Australians start flying into Denpasar‘s Ngurah Rai airport again, we can use that hub to explore far beyond Bali, discovering strikingly different worlds where we can spread our swags of mateship.